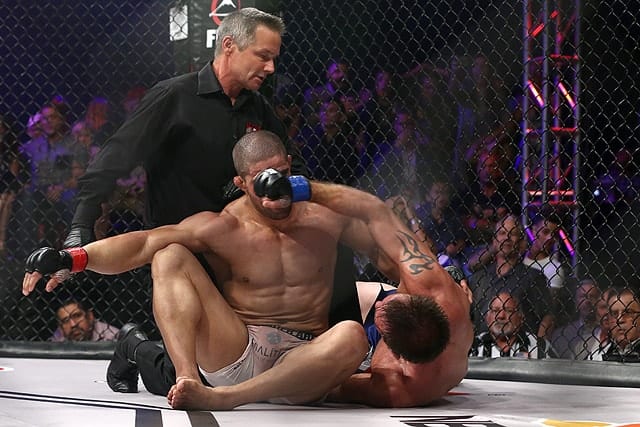 A busy day of hearings for UFC veteran Jake Shields is going down today (Monday September 14, 2015) and the Gracie fighter’s fate has already been decided. Shields appeared without a lawyer too, and presented his case to the Nevada Athletic Commission for his part in the controversy at WSOF (World Series of Fighting) 22.

Shields (representing himself) points out that Paul Harris was gouging his eyes throughout the fight, and the cranked submission was simply the final straw. He also says that Palhares is famous for being a dirty fighter in the UFC and also other grappling shows. For some reason he relives the Strikeforce Nashville brawl, claiming he didn’t punch anyone though, if only they could see the infamous photo of Jake punching Jason Miller.

They still can’t load the video, Shields is asking for leniency, Mr Eccles the prosecution’s attorney points out that this behaviour is unacceptable. Shields gets 50 hours of community service and he has to cover any fees (if any) associated with today’s hearings.

Shields offers to complete the community service within six months and with documentation to prove it too. Not a bad rap really considering how seriously he could’ve been nailed by the NAC, and it’s probably due to the severe nature of the injuries inflicted by Palhares’ scumbaggery. Palhares’ hearing date was postponed and will be decided later this year.

Stay tuned to LowKickMMA for the results of Nick Diaz‘s and Palhares’ hearings!