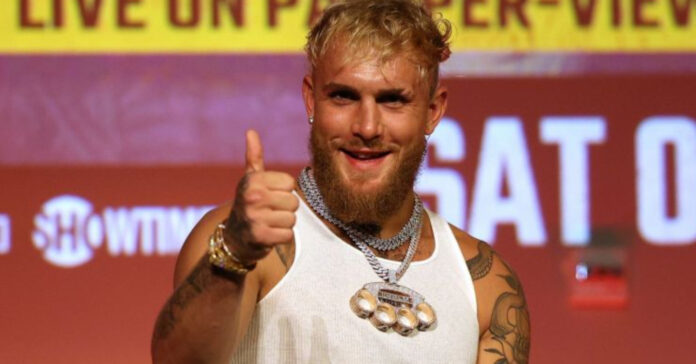 Undefeated professional boxer, Jake Paul has once more teased a potential transition to professional mixed martial arts – claiming he is in discussions with a “big organization”, and is set to take his talents to San Jose, California under the tutelage of Javier Mendez at American Kickboxing Academy.

Paul, who currently boasts an undefeated 5-0 professional record since his transition to boxing back in 2020, most recently stopping former UFC welterweight champion, Tyron Woodley with a knockout in a December rematch last year.

Linked with a potential move to professional mixed martial arts, in tandem with his elder-brother, Logan Paul, Jake Paul, who has welcomed potential one-fight deals with the UFC, as well as a potential tenure with Bellator MMA – claimed he is in discussion with a “big organization” to make the move.

“I’m working with a big organization right now,” Jake Paul said on his YouTube channel. “A whole thing in MMA. It also has to do with me fighting and we’re gonna have an announcement soon.”

Paul, who claims to already have an understanding of Brazilian Jiu-Jitsu, believes he needs just a year and a half in order to prepare for a potential mixed martial arts bow.

“Javier Mendez said he would train me,” Jake Paul explained. “So I’ll go to AKA (American Kickboxing Academy). I’ll probably need, like, a year, year and a half to get the kicks down. I already know Jiu-Jitsu… I want to be able to do everything in there. At least checking kicks. I know how to wrestle already.” (Transcribed by Bloody Elbow)