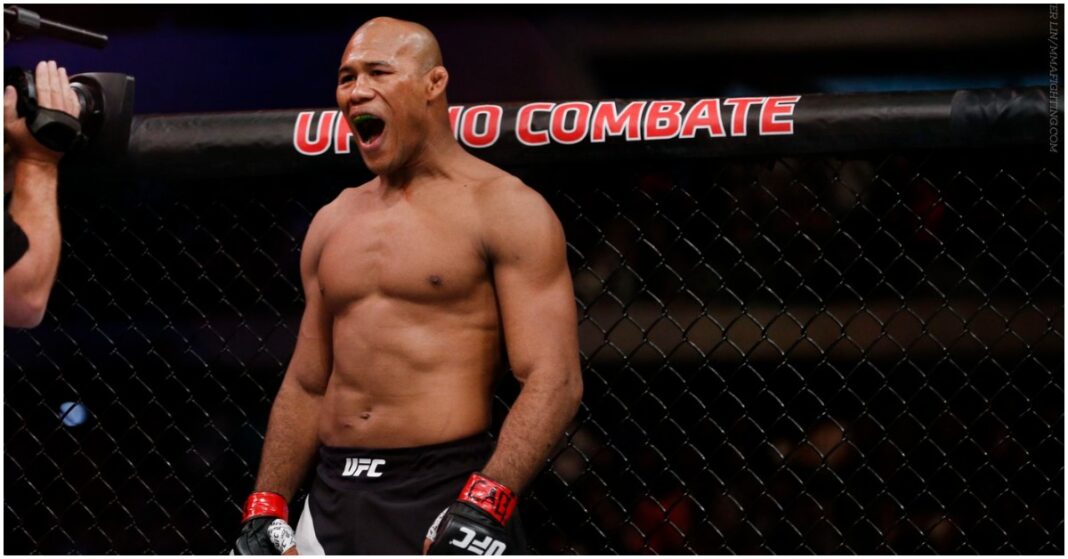 Former Strikeforce champion Ronaldo ‘Jacare’ Souza doesn’t seem interested in a return to MMA but would like a return to combat sports in the future.

Jacare Souza hung up his gloves just three months after being released from the UFC back in August 2021. He recently went on MMA Fighting’s Portuguese-language podcast Trocação Franca and shared his thoughts on a potential return to combat sports.

”Honestly I have no desire to fight MMA again. I’ve fought a lot, I’ve done a lot, and I have no interest in fighting MMA again. Boxing, however, you train hard but don’t get injured, so it’s something you can do.” (Transcribed via mmafighting.com).

The experienced jiu-jitsu practitioner has shown he has extreme punching power, knocking out the likes of Chris Weidman, Derek Brunson, Yushin Okami, and Vitor Belfort. If he does set up a move to boxing, Jacare Souza already has some potential opponents in mind such as former UFC opponent Vitor Belfort and current UFC Middleweight Paulo Costa.

“That would get a lot of buzz no doubt about it. He’s still fighting in the UFC, he has a contract, I don’t know if he would leave to box. Let’s see. I think it would be cool. Ask him if he would do it.”

Who do you think would win in a Boxing Matchup of Paulo Costa and Jacare Souza?