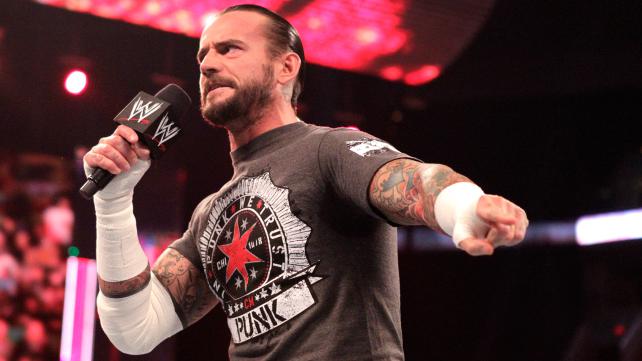 Retired WWE champion Phillip ‘CM Punk’ Brooks may be on the sidelines with a shoulder injury that has pushed back his UFC debut until possibly mid-2016, but that may not be the only thing holding him back from stepping into the octagon and taking on a pro-level mixed martial artist at this point.

No, Punk may have cold feet after jumping feet-first into MMA training after it was hastily announced that he would be making his UFC debut in 2015 at December 2014’s UFC 181 pay-per-view (PPV) from Las Vegas. While his coach duke Roufus and a handful of his Roufusport teammates may insist that Punk was coming along nicely and would eventually become a force, there’s arguably much more evidence to suggest that Brooks may indeed never debut in the octagon, and a big part of it is his sense of entitlement.

Let’s take a look at a few reasons why it’s time for CM Punk to ditch the sense of entitlement and either make his MMA debut or call it what many believe it already is, a failed experiment. 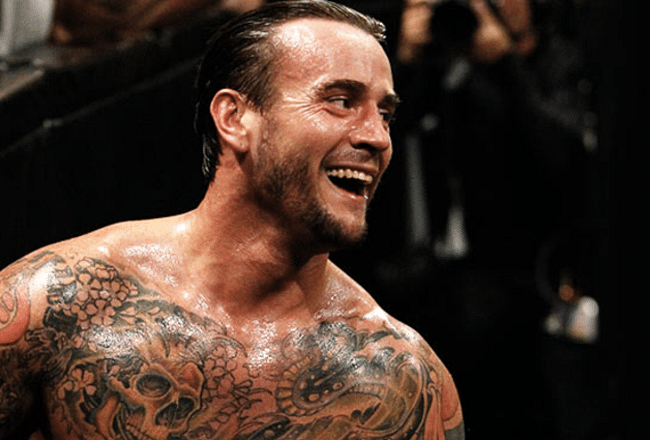 1.) He should have seen this coming:

As essentially a handpicked celebrity who was signed by the UFC for nothing other than his name and drawing power, Punk has started to act very defensive in the face of media and fan backlash concerning his fighting legitimacy.

That was obviously to be expected. Punk has tons of WWE fans that may transition to MMA to see him fight, but the fact remains that longtime MMA fans were always going to view his debut in the UFC as a joke. He may have chose to believe it wouldn’t affect him, and in the face staunch of criticism early on his many media appearances promoting his eventual debut, he largely stayed cordial.

But after countless Twitter outbursts and widespread doubt of whether or not he’ll be able to pull it off, Punk recently cracked during an appearance on The MMA Hour:

“You stomach it by not reading it. That’s what you do. Otherwise you’ll just go f*cking insane. It’s a cesspool of humanity.

“I deal with enough sh*t,” Punk said. “The last thing I need is some phony journalist being like, ‘Oh he’s fake injured. He’s never gonna fight.’ F*ck off, pal. Who told you it was OK to write a book? Who made you a journalist? I don’t know why people are so concerned with what I’m doing. If you don’t like the book somebody wrote, don’t read it. If you don’t like the TV show somebody is on, don’t watch it. If you’re mad that somebody is remaking Big Trouble in Little China, it’s your favorite movie — guess what? Don’t watch the remake. Don’t want to watch me fight? Don’t watch me fight.”

The pressure, which he had to have known was coming in droves, seems to be getting to Punk, and it doesn’t seem like he can handle it.

2.) Fighters are calling out his legitimacy:

By now Punk’s feud with UFC welterweight Cathal Pendred has become well known, and despite his rather pedestrian efforts in seemingly endless UFC fights, Pendred may actually have a point when he doubts that CM Punk will ever make it to the octagon.

The grinding Irishman understandably wants to take on Punk in his first bout because he views it as a big paycheck for a ton of easy exposure, and truth be told, that’s probably why all fighter want to fight him. Pendred is only the latest (and perhaps most prominent) fighter in a long list who have taken to social media to ask for Punk.

They are most likely correct in assuming that Punk would be easy money, because he’s never had a single MMA fight in his life, and by the time most combatants make their way up to the UFC through the brutal regional circuit, they’ve been made to struggle through barren times of making next to nothing to fight.

Punk has never experienced anything close to that; he was gifted a shot because he was a celebrity in a different “sport” (if you want to call it that), and despite some prior grappling experience, it’s hard to imagine that his striking isn’t light years behind even the most inexperienced UFC fighter at this point.

One of the more inexperienced UFC fighters might have a bout with Punk soon, but it’s looking less and less likely, and with Punk getting up in there in years, already, the chance grows smaller with each passing day. Which brings us to our next reason…

At the core of the matter, Punk is just starting to look like he walks around with an attitude that the world owes him everything because he was a successful professional wrestler, and in that sense it’s not all that hard to understand why MMA fans haven’t taken the biggest liking to him.

He constantly bashes fans at Q&A sessions and online, and speaking of that, have you noticed that he used to be at just about every UFC PPV promoting his eventual debut? He’s nowhere to be seen now, and that could most definitely be a sign that his excitement is waning. But during his MMA Hour appearance he insisted that it wasn’t, saying that he was only going to avoid the “silliness” of all those who bash him:

“They can say it’s a PR stunt,” Punk said. “They can say whatever. But I know I’m gonna get my day in the Octagon and I’m gonna have fun doing it. I just try to ignore all the silliness. Some days it gets to me, and I don’t ignore it. And then I remember, oh yeah, that’s why you do ignore it. Because I fed the trolls. Don’t feed the trolls.”

Punk, who insists that he’s still excited to set foot in the cage, may believes his haters are being ridiculous, but the biggest “silliness” of the whole matter may be that Punk was gifted his UFC contract in the first place without any real or relevant background.

That is exactly why it’s time for Punk to ditch the sense of entitlement and the mindset that MMA fans owe him anything. After all, he has given them nothing thus far, and from a certain viewpoint you could believe he’s actually degrading fans for not thinking he’s some insanely amazing gift to the UFC. He’s also getting up there at 36, and will be 37 by the time he makes his UFC debut, if he ever does.

His age and decreasing optimism could make it hard for Punk to finally get into the cage, but getting the notoriously harsh UFC fanbase to believe what they think is a line may be the hardest part of all.

He’s going to have to act like he respects his opportunity and wants to be here if he is.