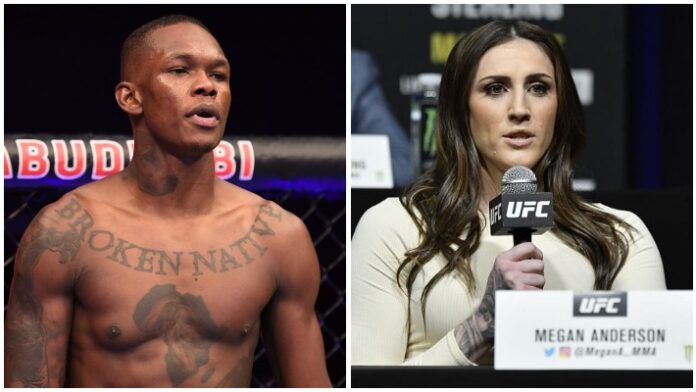 Stylebender has always been outspoken when it comes to ‘keyboard warriors’ talking out of place.

“F*ck faceless cunts like this,” Adesanya wrote on social media. “I hope their harsh words boomerangs back to them ten fold with eternal fire.”

That was after Anderson had taken to the same platform to reveal she had been subjected to rap threat from trolls.

“This isn’t ok,” Anderson wrote. “I’ve also had someone threaten to rape me. You can think I’m ugly, I’m a terrible fighter, I suck at cod; you don’t even have to like me, but do fucking better. I get absolutely harassed and cyber bullied every day as a game, and it’s not ok. We need to do better”

These social media empires are seemingly working on eliminating this type of behavior completely and hopefully we can see that happen one day. Hopefully Megan Anderson can receive support and hopefully she is never subjected to these faceless trolls ever again.

Do you think social media companies need to do more to prevent Megan Anderson, Irsael Adesanya or anyone else from becoming the victim of internet trolls?