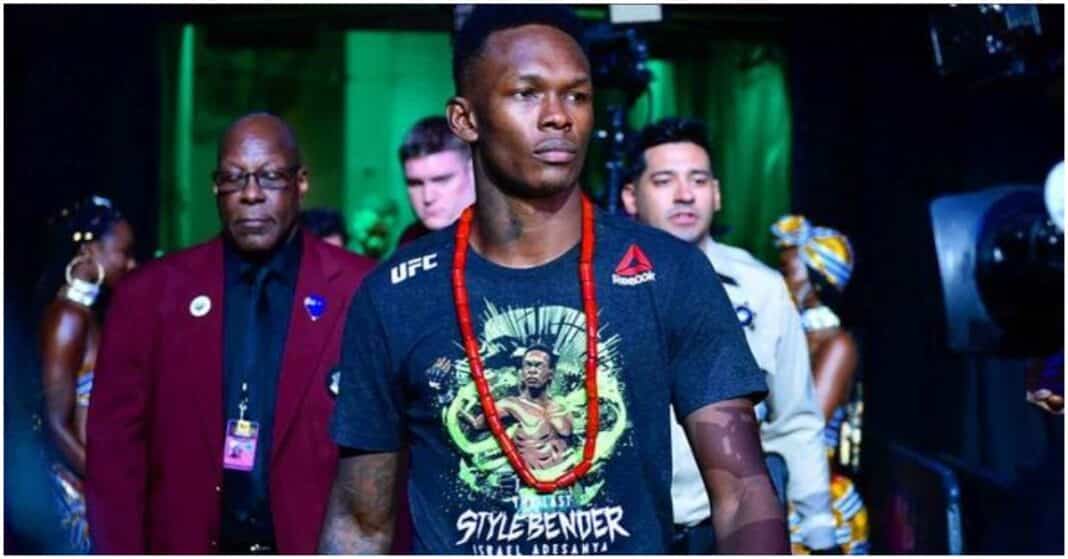 Israel Adesanya broke down the UFC Vegas 41 main event which will see two of his former foes Paulo Costa and Marvin Vettori square off.

‘The Last Stylebender’ is better placed than anybody to preview and predict Costa vs. Vettori and did so on his YouTube channel while taking as many shots as possible at his middleweight rivals.

The middleweight champ thinks Vettori’s granite chin might carry him through some tough early rounds and on to victory at UFC Vegas 41.

“Vettori’s biggest weapon is his chin — that block head, that f*cking LEGO block head,” Adesanya explained. “That’s his biggest weapon in this fight because he can take Costa to deep water by taking punishment, some ‘rope-a-dope sh*t’ without the rope-a-dope, just walking forward and taking punishment. But his body, everybody’s body is suspect. I don’t think anybody’s body can withstand the kind of punishment their head can if you hit them in the right spot. Same with the head, but Vettori’s just got a block head.

“He can take a lot of punishment, I’ll give him that. I would say his best method of victory is just taking Costa to deep water by grappling him, stalling, and just making making him work, but Vettori has to be willing to try and actually do something, rather than just stall.”

If Costa is going to win at UFC Vegas 41, Adesanya thinks he’s got to get it done early.

“[He’s a] good striker,” Adesanya stated. “Costa’s path to victory in this fight? Get him out early. Do what you did to get to the dance, that got you this far, because you’re not fighting me, you’re fighting Vettori and he’s got sh*t footwork — even worse than you.

“I feel like Costa can just do what he does: just bull rush him, bulldoze him, but be careful of the takedowns because Vettori’s gonna try that, time that, and take him down.”

Whatever happens, Adesanya wants to see his former opponents do well.

“I just want to see my children so well,” Adesanya said. “I really wish the best for my kids and my kid’s kid, but it ain’t me, though.” (Transcribed by MMA Fighting)

Do you agree with Israel Adesanya’s assessment of the UFC Vegas 41 main event?