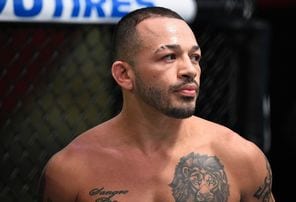 Following news that broke on Thursday 8th of January regarding the arrest of Irwin Rivera, a police report has since been released. It was initially reported that the UFC bantamweight has been charged with two cases of first-degree murder before it was discovered both of Rivera’s victims had survived the attack.

Since then details have emerged to reveal that the official police report slightly differs from initial thoughts. MyMMANews’ Eric Kowal posted the document on his Twitter account, having been sent it by the police department.

The report states that Rivera attempted to murder both his sisters, attacking them with a knife whilst they were sleeping. The police responded to multiple 911 calls, and found both sisters still alive but with numerous stab wounds. Rivera fled the scene, supposedly after seeing a neighbour calling the police.

However, when the police caught up with him, he uttered “I KILLED MY SISTERS.” He was transported to BBPD, where he made a full confession on a sworn taped interview. Rivera confessed to stabbing both his sisters while they slept, armed with a “brass knuckle knife”. He went on to state that he “believed that he killed both of his sisters and said that he did so because it was his purpose, which he was told to by a higher power.” Thankfully both of his survived the shocking attack and are currently in recovery.

Irwin Rivera had fought three times for the UFC and had an upcoming bout scheduled for March. The UFC have released an official statement regarding the horrific incident.