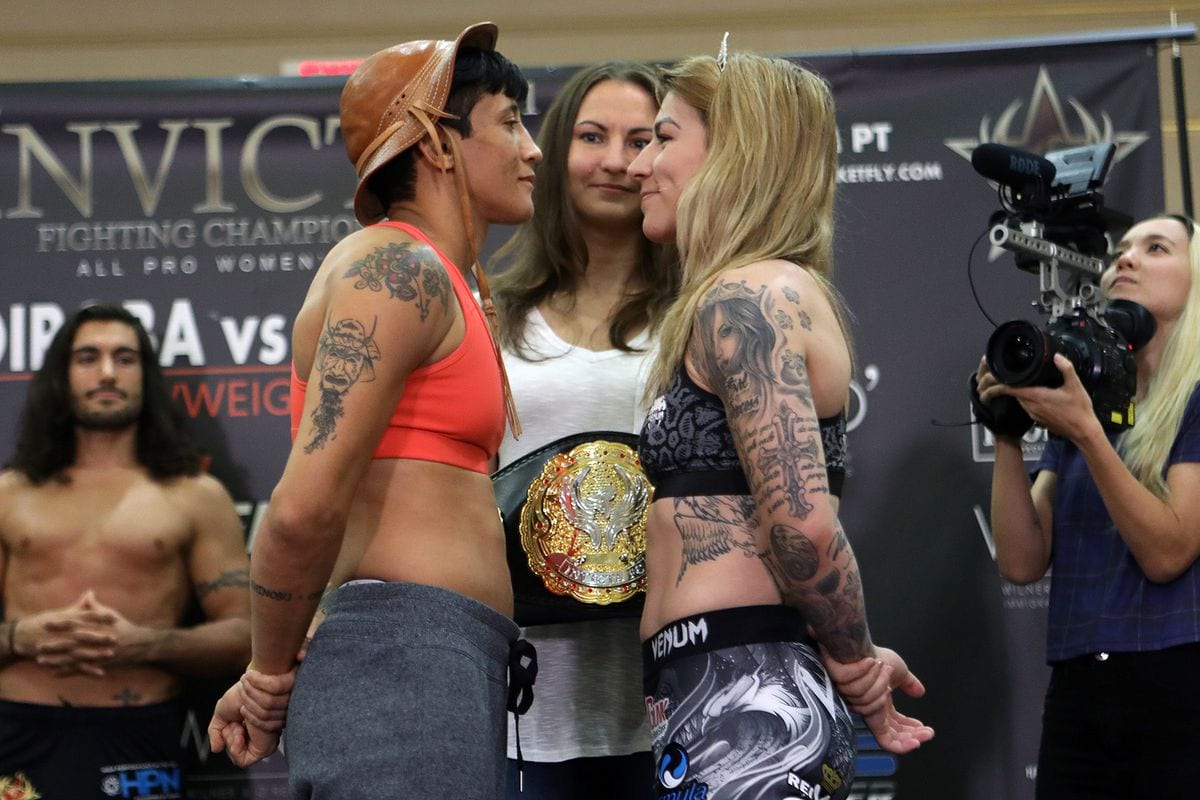 The premier women’s mixed martial arts organization in the world is back at it tonight in the Scottish Rite Temple in Kansas City, Missouri.

Invicta FC 31 is headlined by an intriguing strawweight title bout that pits undefeated Brazilian fighter Virna Jandiroba against country women Janaisa Morandin. You can view the rest of the fights below.

As always Lowkick is your destination for all things MMA.

Here are Invicta FC 31 results as they happen: