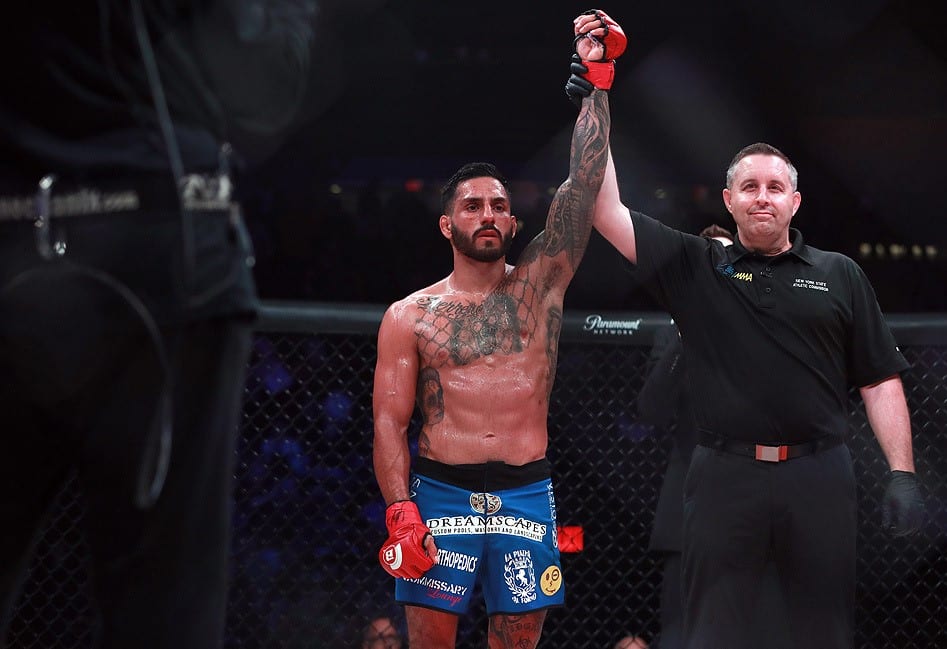 The MMA Lab’s Henry Corrales absolutely flatlined Aaron Pico in the co-main event of Bellator 214 tonight, most likely earning a title shot in the process.

Both Corrales and Pico threw caution into the wind but it was Whittier, California’s own “OK” Corrales that was left standing in the end.

This is yet another setback for Pico who seemingly had it all figured out after dropping his debut. As for Corrales, during his post-fight interview with John McCarthy, he called for a title fight.

Time will tell if Corrales gets his wish, however, he has won five straight fights since joining Benson Henderson and The MMA Lab.