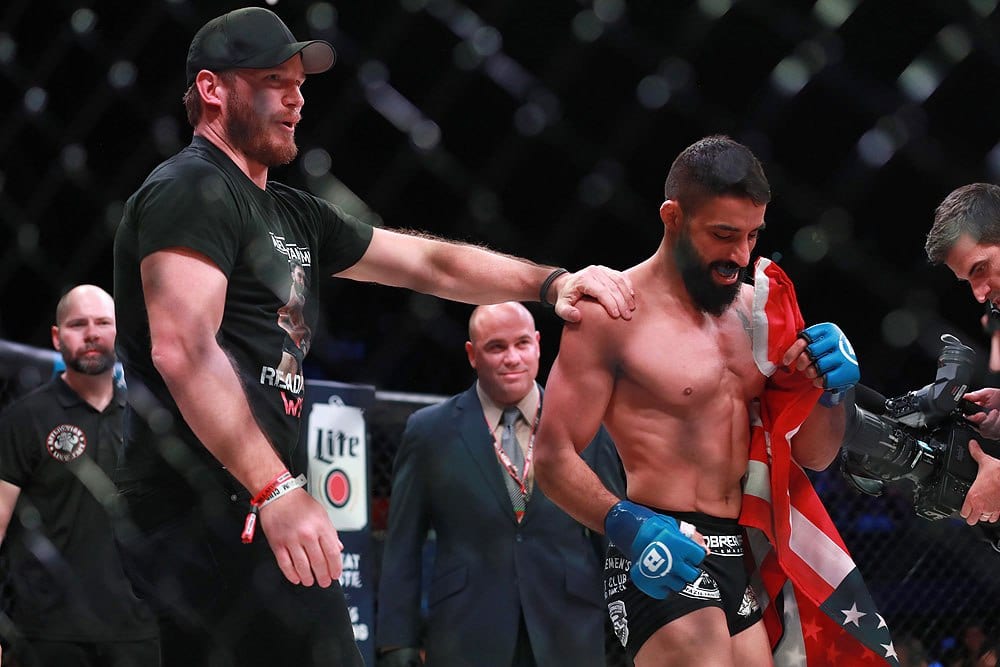 The main card of Bellator 214 got off to a quick start as Adel Altamimi submitted Brandon McMahan in the very first round.

Altamimi’s story has been well documented, and now the world can see the hype is justified. The 29-year-old Iraq soldier only needed 1:16 to snag his very first Bellator win.

This is the sixth win in the last seven fights for Altamimi. That impressive run dates back to 2016. Strangely enough, the only loss for “Kyokushin” in that time frame was to Juan Archuleta who also got his hand raised on the main card just after Altamimi.