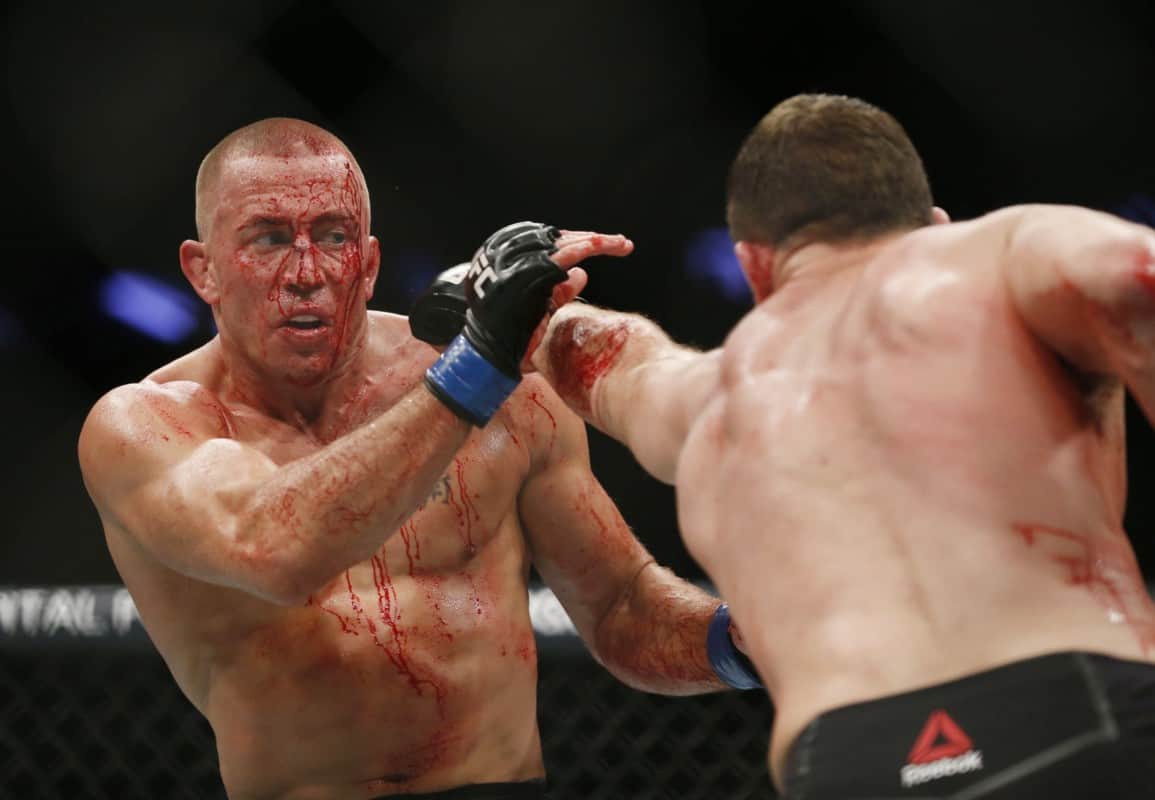 Newly-crowned UFC middleweight champion Georges St-Pierre insists he doesn’t want to “freeze” the 185-pound division after submitting Michael Bisping at UFC 217, yet he still won’t fully commit to a unification bout with interim champion Robert Whittaker for his next fight.

Like his comeback almost four years in the making was before, St-Pierre’s fighting future is uncertain, partly because of a UFC 217 injury he revealed to reporters on a media conference call in New York yesterday.

The UFC legend elaborated on the ailment in a special episode of The MMA Hour (quotes via MMA Mania) after the media call, describing the nature of the injury and how painful it was, noting he could hardly posture up to throw ground strikes at times:

“It’s why after the fight I couldn’t even tie up my shoes. My neck couldn’t even move, I had an incredible swelling in one of the muscles on the back of the neck, and during the fight when I was on the ground it was very hard for me to posture up to strike. Even know you look at me, my head goes good this way, but this way I’m restricted a little. It’s a lot better than it was, but it was very painful.”

St-Pierre believes it could be a concussion, definitely a serious matter in an age when fighter safety is coming to the forefront of concerns about the sport:

“When he hit me I saw blurry for a bit. I don’t know if I had a concussion or something. It may have been a concussion. I keep fighting because when it happens, obviously survival instincts kick in. But when you watch the fight, that particular thing, it looked pretty insignificant. But it wasn’t insignificant when I received the shot. It hurt me really bad.

“It’s not the force of the blow, it’s the precision of it. It’s not Michael’s fault, you’re in the heat of the moment, you fight, I probably would have done the same thing, nothing wrong with that.”

Harrowing words from the longtime former welterweight ruler, who previously said he had lost periods of time during his highly controversial split decision win over Johny Hendricks in November 2013, a fight after which St-Pierre vacated his long-held belt and went into semi-retirement until now.

He said he’s going to take a vacation to clear his mind before deciding on his next fight, yet even though he’s the middleweight champion, a new head injury, especially at his age, may not be the best start to the final leg of his all-time great career.