LowKickMMA.com
Home UFC News Greg Hardy Will Not Be Allowed To Use Inhaler At UFC Moscow 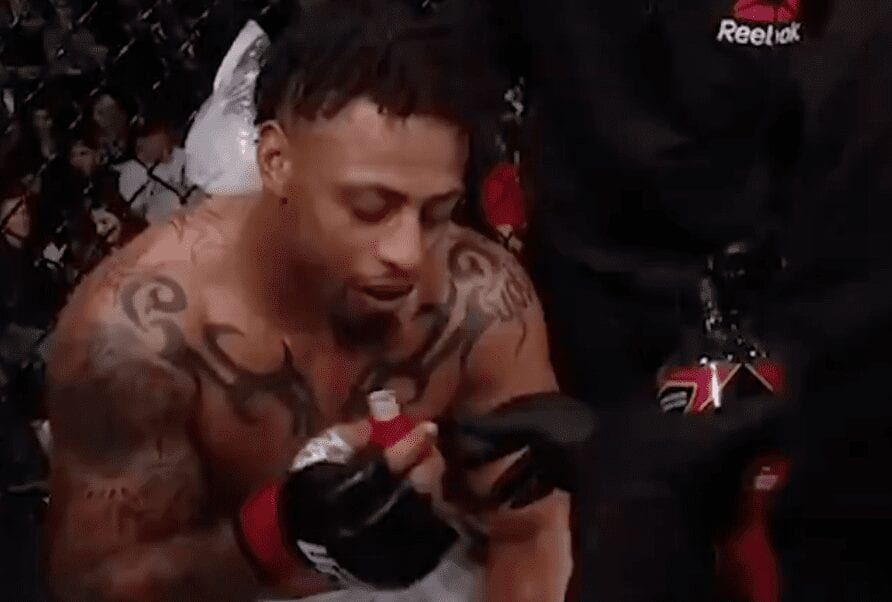 Greg Hardy faces his toughest task yet when he faces Alexander Volkov in the UFC Moscow co-headliner — and he won’t be able to use his inhaler this time.

Hardy made headlines last month when in between the second and third round of his heavyweight fight with Ben Sosoli at UFC Boston, he used an inhaler to help with his breathing. He later claimed to have received permission from the ringside inspector.

But while that was the case, the use of an inhaler is not allowed in the first place, even if it is legal by United States Anti-Doping Agency (USADA) standards.

“In my world, in the USADA world, no [it’s not illegal], so that substance is allowed at all times, in and out of competition, as long as you keep it under a certain level,” UFC vice president of athlete health and performance Jeff Novitzky said recently (via MMA Fighting). “I think it’s 800 micrograms per 12 hours. Each puff of an inhaler is 90. Unless you’re puffing a dozen times, you’re going to stay under that.

As a result, Hardy’s unanimous decision win was overturned to a no contest.

He will look to erase memories of the whole incident when he faces Volkov in the co-main event of UFC Moscow this Saturday in what is a very short layoff. And Novitzky would confirm that no inhaler can be used this time.

“No, he wouldn’t be allowed to use it,” Novitzky added. “It’s not an anti-doping [situation]. It’s a commission rule.

“I think it would be OK and most commissions would be OK you took a puff in the back before you walked out, but I don’t think any commission allows any substances other than bottled water inside [the cage].”

What do you make of the whole inhaler incident looking back?