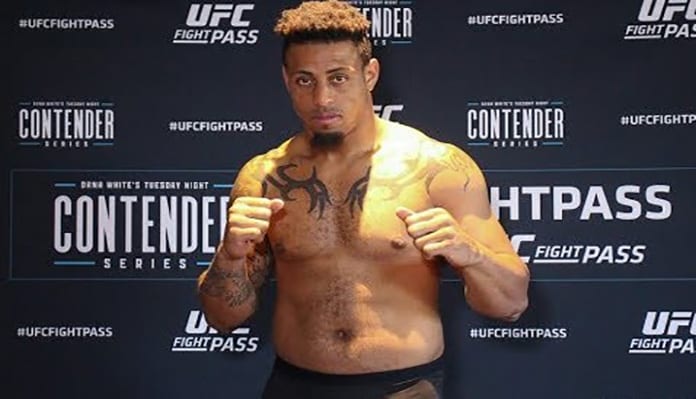 Greg Hardy responds to some people thinking that he shouldn’t be fighting under the UFC banner.

Ever since he got offered a UFC deal and started to compete on “Dana White’s Tuesday Night Contender Series,” fight fans have been against it. Before making his UFC debut, he was on a rare developmental contract where the UFC was paying him to fight in the minor leagues.

The former NFL star will step back in the Octagon for his second UFC fight against Dmitrii Smoliakov. This heavyweight showdown will serve as the co-headliner of this weekend’s UFC Fort Lauderdale event.

While doing a recent interview, Hardy made it known that he thinks anyone who isn’t a fan of his fighting style or him personally will have a change of heart after this upcoming fight.

“I’ve seen the bloggers, the people who think I don’t belong here that’s an opinion thing. I’m a world-class athlete, I’ve earned every second of this. I’ve paid my dues in this sport, I continue to pay my dues and I haven’t asked for anything.”