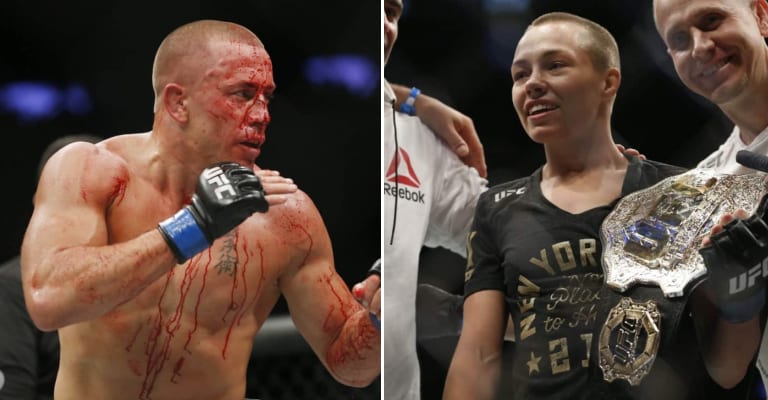 Two of the UFC’s biggest names have been nominated for an ESPY award.

According to ESPN.com where all of the nominees have been listed, former UFC welterweight and middleweight champion Georges St. Pierre and current women’s strawweight champion Rose Namajunas have both been nominated for 2017 ‘Best Fighter’ of the year alongside Terence Crawford and Vasyl Lomachenko, two of the world’s best boxers.

St. Pierre, widely considered to be the very best welterweight to have ever competed in mixed martial arts, returned late last year following a four-year hiatus to submit Michael Bisping in the main event of UFC 217 from Madison Square Garden in New York City.

Namajunas, on the other hand, picked up two huge victories in 2017, submitting Michelle Waterson at UFC on FOX 24 in Kansas City before shocking Joanna Jedrzejczyk with a first-round  TKO victory at UFC 217 to capture the 115-pound title.

Who do you think most deserves the award?