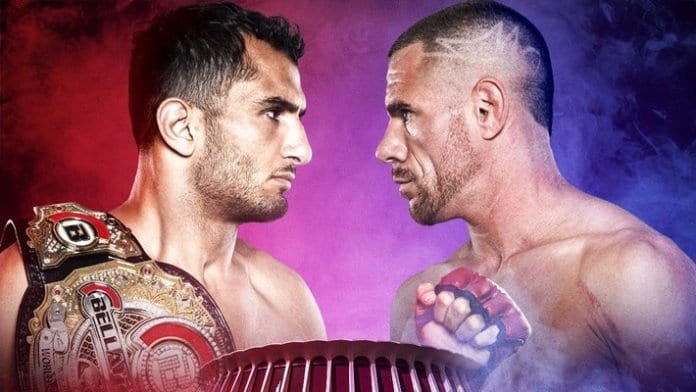 Gegard Mousasi has some ideas in mind for his next opponent inside of the Bellator cage while making his upcoming title defense.

Mousasi is fresh off a win over Rory MacDonald at Bellator 206 this past September. His dominant performance marked the first title defense of his belt. Mousasi is slated to defend his Bellator middleweight title against Rafael Lovato Jr. in the headliner of the upcoming Bellator London event. If you recall, the fight was originally slated to take place back in January. Obviously, that didn’t happen as Mousasi was forced to withdraw due to injury.

While doing a recent interview, the top star in the 185-pound division made his intentions clear regarding his gameplan. He wants to go out there and knock Lovato out:

“He can fight standup. He can do ground-and-pound. He can do wrestling. It’s about who is the better MMA fighter. Obviously, we’re not going to go and waste time fighting him on the ground, where he’s at his best. We’re going to do our thing, and that’s ground-and-pound and stand-up.”

“Listen, if I hurt him and he gives something away, we’ve gotta go for it,” he told MMA Junkie. “But the plan is to punch him and knock him out. That’s the whole plan.”

Bellator London is set to take place on Saturday, June 22, 2019 at SSE Arena in London, England. The preliminary card will air online at 7:00 pm EST while the main card will air on DAZN at 9:00 p.m. EST.