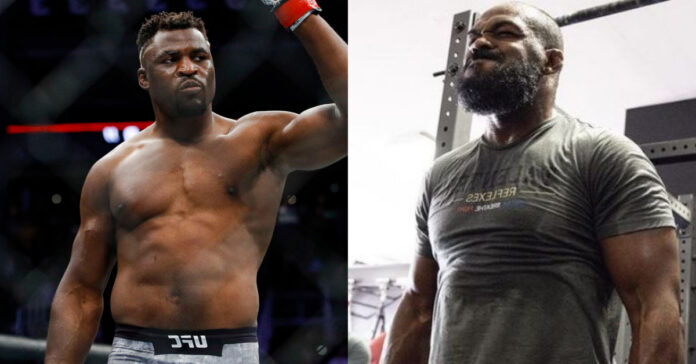 Coach Eric Nicksick reported Francis Ngannou will likely not be back inside the octagon this year.

The reigning UFC heavyweight champion Ngannou has been on the sidelines since his last outing against Ciryl Gane in Jan. at UFC 270. Ngannou utilized a surprising grappling-heavy game plan to edge out Gane on the judges’ scorecards. Following the win, he needed to undergo surgery for his knee injuries and was expected to sit out for a while.

There was speculation that Ngannou might come back this year, but it looks like it may not happen.

Francis Ngannou will likely not fight this year, as per coach Eric Nicksick, who wants him to fight Jon Jones in early 2023

In an interview with MMA Fighting, Ngannou & Xtreme Couture’s head coach Nicksick shared that Francis Ngannou would not mark his return to action for at least another six months, with early 2023 seeming the most ideal time. He would like him to welcome Jon Jones for his heavyweight debut.

“The fight that makes the most sense is obviously Jon Jones,” Nicksick said via MMA Mania. “That’s the fight we all want. The way I look at it is, Jon Jones has been out for two and a half years. If we can’t do it in December, and depending on the way the UFC schedule plays out, maybe [it can happen] in January or February, somewhere in that timeline.

“Jon hasn’t fought in so long, Stipe [Miocic] hasn’t fought since Francis beat him, so that will be two years for Stipe in March, so might as well wait another month for the super fight and the fight to make,” he continued. “Honestly, for me, I’d love the Stipe fight again, or the Jones fight, but if I had my choice between the two, obviously I want to compete against the best to ever do it, in my opinion, and that’s Jon Jones.”

Do you want to see Francis Ngannou vs. Jon Jones?