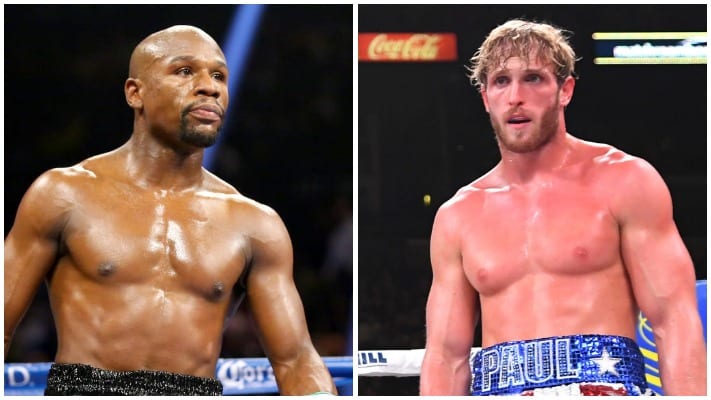 The older of the Paul brothers catches up with exhibition match against the boxing legend.

A week after Jake Paul’s victory over Ben Askren, the older of the two influencer brothers, Logan, is heading back towards the ring. He wants to catch up on the exhibition fight against boxing legend Floyd Mayweather, originally planned for February, on June 5th. The highlight of the encounter is the difference in weight between the two. Mayweather is said to weigh 160 pounds, Logan no more than 190 pounds. That’s what The Athletic reports.

After the original meeting of the two protagonists had already been planned for February 20 on the Fanmio online platform, the planning of the unequal duel now seems to have progressed. Showtime will broadcast the exhibition match between Floyd Mayweather and Logan Paul on June 5th as PPV and bets can be placed at online casino. Only the location of the event is still open.

Mayweather asked his fans on Instagram on Tuesday and included them in the upcoming planning. “Five cities are at the top of the list for Mayweather against Logan: Las Vegas, Los Angeles, Miami, Dallas, Atlanta. Where do you think the fight should take place?”

Condition of the unequal duel should be that Mayweather may not weigh more than 160 pounds (72.5 kg), while hobby boxer Logan may not exceed 190 pounds (86 kg). Floyd Mayweather is unbeaten in his active professional career in 50 fights, he celebrated his last official victory in August 2017 when he prematurely stopped UFC figurehead Conor McGregor in the tenth round.

For a long time, the “Pretty Boy” was considered to be the best boxer in the world across all weight classes and was able to achieve world championship honours in five different weight classes. The last time you could admire the now 44-year-old American in December 2018, when he, also in an exhibition match, made short work of the Japanese kickboxer Tenshin Nasukawa and defeated him in the first round. However, Mayweather went into the ring as a heavy fighter.

Despite his retirement, “Money” Mayweather always seems to be in good shape, as he says himself, in order to be prepared for the duel against Logan Paul. “Everyone thinks that ‘stepping back’ automatically means putting your feet up at home and gaining weight. I prefer to go out and talk and have fun. (…) I think we’re going to do a six-round exhibition match. This will be very entertaining for people; I think they will love it. “

The 26-year-old YouTuber Logan Paul only made one appearance in the boxing ring. Here he lost on points against his British YouTube competitor “KSI”, who had hardly any contact with boxing before. The event will be in direct competition with the “Triller Fight Club” on June 5th, which will host the lightweight world championship between Teofimo Lopez and George Kambosos and the comeback of Evander Holyfield on the same date.

We are looking forward to this legendary match!