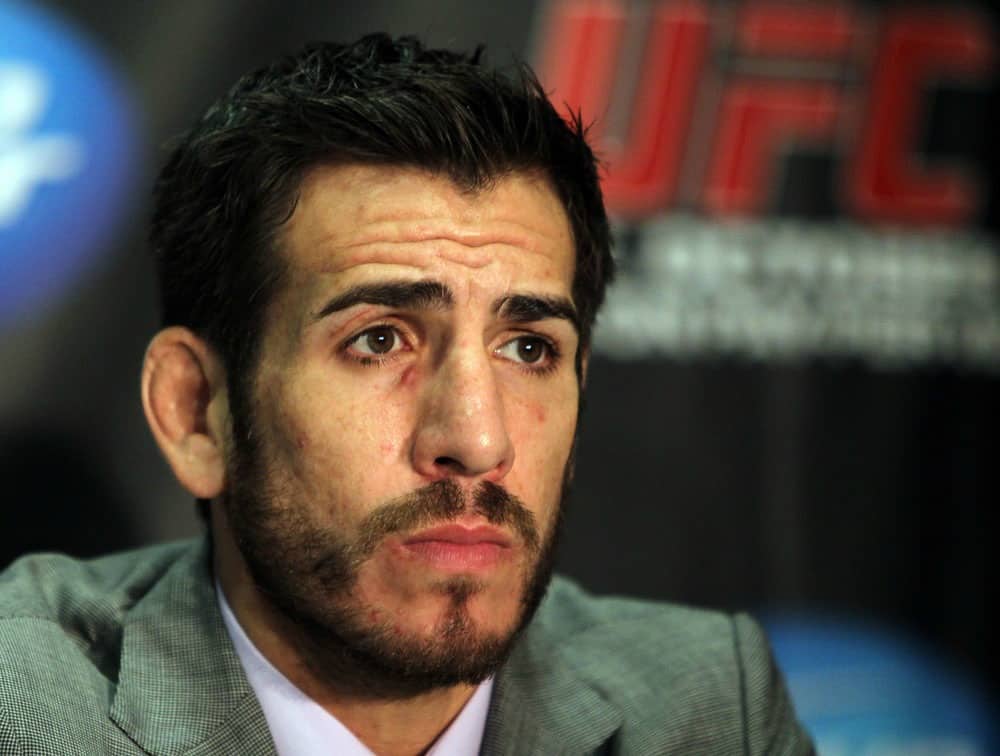 UFC women’s bantamweight champion Ronda Rousey returns to action tonight (August 1st, 2015) against her arch nemesis Bethe Correia at UFC 190. ”Rowdy’ makes the trip to Brazil, Correia’s back yard, to defend the belt that she has held since unifying the Strikeforce title in February 2013. The fight with ‘Pitbull’ has seen the oddsmakers practically lose their minds, but it has also come with an odd element that not many other athletes would have to deal with.

The dominance of Rousey has almost led to an expectation of a swift and painless finish in another 10-30 second long outing, perhaps even impacting on her effectiveness to sell PPVs (pay-per-views). Maybe that’s an unfair assumption to make in regards to both fighters, but we’ll find out in a few hours anyway. Talking to MMAMania.com, former UFC lightweight and Ultimate Fighter original Kenny Florian breaks down the dominance of ‘Rowdy’:

“I don’t think there is anything wrong with that,” Florian says. “I think there is an allure to that kind of dominance. We should be watching Ronda Rousey to see what she is going to do next. I think that is the kind of appeal. It’s not necessarily that we are not tuning in to see Ronda in a fight and who is going challenge her. Me, myself, I’m watching to see how she is going to destroy her opponent. That’s what is intriguing to me. How fast is she going to do it? How is she going to do it? And her evolution as a fighter.”

Rousey is essentially head and shoulders above the rest of the division so far, but a dominant and quick win over Correia, although it’ll likely mean a trilogy match with Miesha Tate, will lead to questions about a new weight division being made in the UFC. Florian continues:

“She will throw you on your head and now you are dealing with her submission skills. Now you are dealing with her power on the inside and she is mixing things up with elbows and kicks. She is adding all these things to her game as well, which she has been doing and will continue to do. It’s such a difficult thing. I thought maybe it could be Sara McMann, but she struggled against other women in the division and it’s just not going to happen. She gets stronger and stronger every fight. It’s almost like pick your poison.

“The first time I went into Glendale Fight Club I had an opportunity to see Ronda. I think it was after the Liz Carmouche fight, I can’t remember. The development of her boxing I said, ‘my God Ronda no one has seen you slip like this.’ She said, ‘I know, I’m trying to keep it secret.’ We didn’t really get to see it against Cat Zingano. Cat kind of rushed out and it became a grappling match and she got put on her back. I think we are going to see her striking on full display here. I think she is going to go out there and look for the knockout and not only the speed, but she’s devastating with the combinations she’s throwing and the power in which she’s throwing those shots. She just looks scarier and scarier.”

“It’s the same kind of range that Bethe likes to fight in and the same one Ronda likes to fight in. I think it would be a great achievement for her to get to the third round. It’s hard to analyze these fights because I don’t want to disrespect her opponent. I just think that Ronda is that good.”I think she is going to get it done by TKO. I think she is going to be able to drop Correia and she will win by knockout.”

‘Ken Flo’ says it’s going to end by TKO, and Ronda Rousey is pumped, as is Bethe Correia. Who will emerge as the champion after UFC 190?