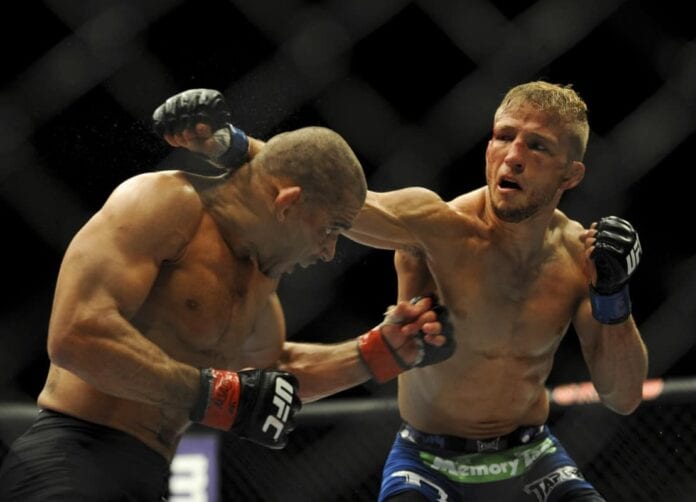 The UFC returns to big Fox this Saturday night and is bringing a big title fight with them.

The UFC on Fox 16 will be held on July 25, 2015, at the United Center in Chicago, Illinois. The main card will air on Fox while the co-main event will air on Fox Sports 1 and UFC Fight Pass.

The event is expected to be headlined by a UFC Bantamweight Championship rematch between current champion T.J. Dillashaw and former champion Renan Barão.