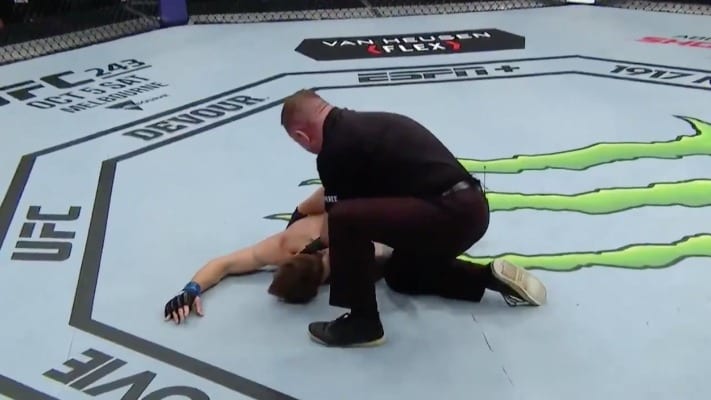 UFC 242 is in the books, and what an amazing event it was. Of course, the night was capped off with a massive victory for Khabib Nurmagomeodv.

“The Eagle” choked out Dustin Poirier in the third round to retain his 155-pound title. However, earlier in the night, one of the most vicious knockouts you’ll ever see took place. Ottman Azaitar met Teemu Packalen in a lightweight fight to start the FX preliminary card.

Azaitar landed a massive overhand for a walk-off knockout. However, the scariest part of the knockout was Packalen’s reaction to the shot. Packalen fell face-first to the canvas, and his lower body began to shake. The referee immediately stopped the fight, and doctors soon attended to Packalen. Check out the finish here:

Thankfully, Azaitar recognized Packalen was out after the shot landed, and didn’t throw any follow-up shots.

What did you make of Packalen’s scary knockout loss to Azaitar?