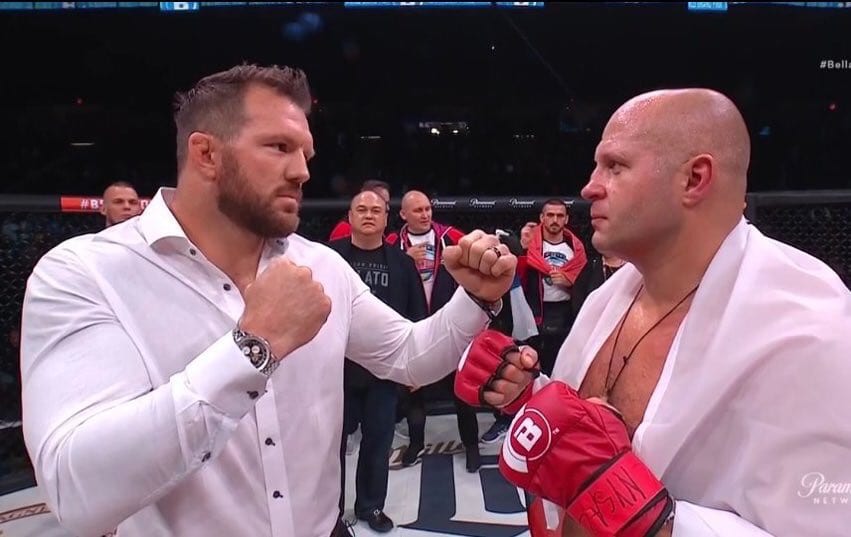 Fedor Emelianenko has a tall task ahead.

Emelianenko and Bader have found their way into the finals of Bellator‘s Heavyweight Grand Prix tournament to crown a new champion. The pair will square off in the main event of Bellator 214 from The Forum in Inglewood, California on January 26th.

Speaking on a media call to promote the event, “The Last Emperor” had nothing but good things to say about his opponent’s ability inside the cage (via MMA News):

“Ryan Bader is an exceptional fighter, probably one of the most toughest and skilled guys of this tournament. He has a strong wrestling background, but it’s not easy to hit Ryan. He’s got very good defense and [I have to make sure I don’t get hit]. The rest we’ll see in the fight.”

Emelianenko earned his way into the finals of the tournament with a first-round TKO victory over Chael Sonnen. He defeated “The Bad Guy” at Bellator 208 back in October. As for Bader, he defeated Matt Mitrione with a dominant unanimous decision win at Bellator 207. Now, he’ll attempt to become a double champion in Bellator with a potential heavyweight title win.

However, to do so, he’ll have to get past one of the greatest heavyweights in the history of the sport.