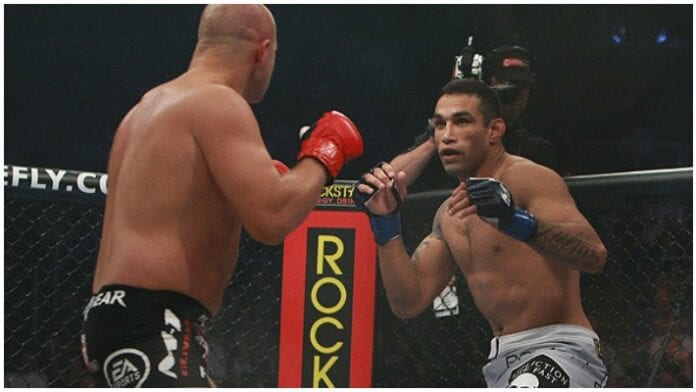 Fabricio Werdum has revealed he is edging closer to a rematch with MMA legend Fedor Emelianenko.

Immediately after his release from the UFC Werdum spoke with excitement about rematching the Russian under the Bellator banner. The Brazilian submission specialist previously submitted Emelianenko in 69 seconds at a Strikeforce show back in 2010.

In an interview with Canal Encarada, Werdum revealed a fight with Emelianenko is creeping closer although nothing is official yet, he said.

“(The talks) really are advanced. Ali went there last week, had the talk, and now it’s a matter of Fedor accepting. And he said the other day in an interview that he wanted to do this rematch as well. Since I have a huge respect for Fedor, I’d definitely give him a rematch — not only for that, but also the financial side, the promotion, the whole history we had.”

Werdum has great respect for his heavyweight rival but believes a rematch between the pair will go pretty much the same way the original match-up did 10 years ago.

“In my opinion, I still think Fedor is the greatest of all time, you have to respect the man,” Werdum said. “He’s done a lot of things for 10 years, he beat the best, so I think it would be a fight that everybody would like to see in Bellator, a superfight, a main event. I think it would sell a lot.

“If Fedor accepts, if he really wants to fight me one more time for this rematch… And, with all due respect, I firmly believe I will submit him again. I have no doubt. It’s not me being cocky, it’s the reality. That’s what I imagine. It will be a tough, of course. People think the other fight was easy, but how about the one before? Fighting Fedor, the expectation, nobody believing in me, everybody against me and chanting ‘The Emperor’ in the arena. It was tough, of course, because of everything that surrounded it.”

Do you want to see Fabricio Werdum vs. Fedor Emelianenko II?