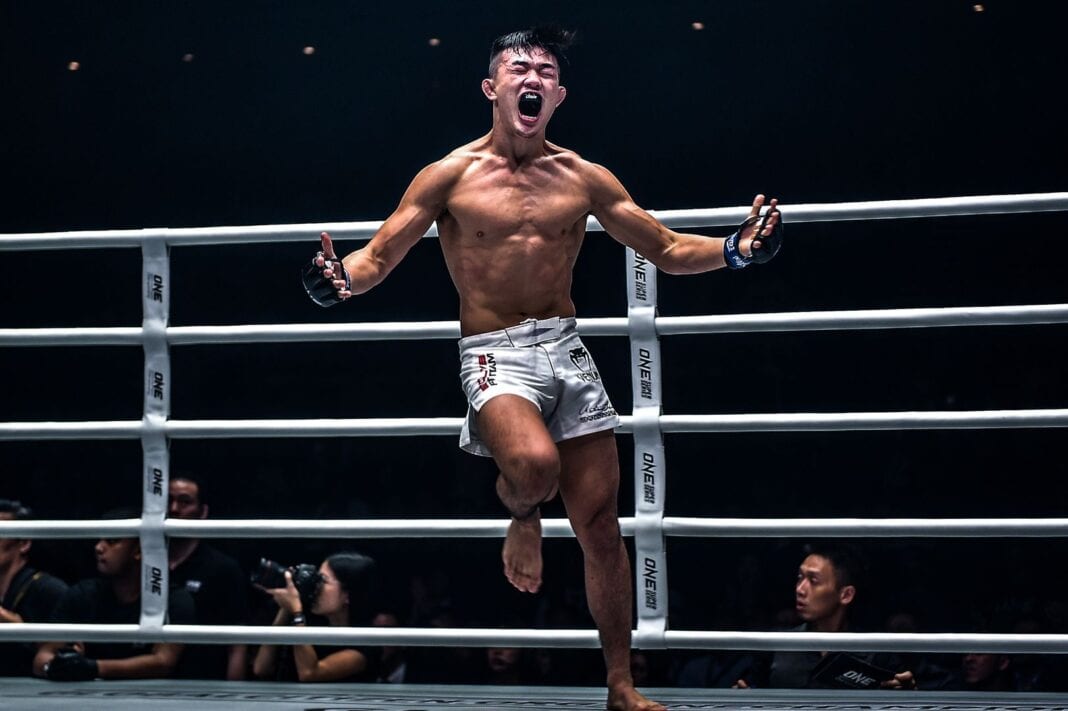 The gas tank is full; the tools are sharp. What ONE Lightweight Champion Christian Lee needs now is a date, location, and opponent. ONE Championship is still waiting for the green light to return, but when it does get the all-clear, expect to see Lee back in the mix ASAP.

Based out of Hawaii, Lee is fortunate enough to be surrounded by both his coach and gym partners, meaning when it comes to training, he hasn’t missed a beat during this period of global lockdown.

“Thankfully, my whole team consists of my family. I got my dad here coaching me, Angela [Lee] and Bruno [Pucci] are here in the gym every day with me. So between our family alone, we got a good mix of people so we can continue building our skills but also continue staying in the best shape possible,” Lee said, speaking to LowKickMMA.

“If everything clears up and they wanted me to fight right now. I would be ready.”

The 21-year-old had a breakout year in 2019, overcoming Japanese veteran Shinya Aoki to capture the lightweight strap in May before beating Saygid Guseyn Arslanaliev in Japan five months later to add the inaugural ONE Lightweight Grand Prix Championship to his trophy cabinet.

Lee took the fight against Arslanaliev on short notice after Eddie Alveraz pulled out of the bout due to an injury. Arslanaliev came into with fight just one defeat on his record— a DQ loss— and on the back of three first-round KO victories. The hard-hitting Dagestani is rightfully regarded as one of the most dangerous lightweights in the division, which makes Lee’s unanimous decision win look even more impressive.

“That was one of my favorite fights, not only how the fight played out, it being for the first-ever Grand Prix title, but just the fact I had literally ten days to prepare,” Lee said.

“I was going out there, joining my sister fighting in Tokyo for the first time. Everything about that trip was very special to me. I am grateful that the hard work I put in ahead of time was able to carry over with me.”

Since arriving at ONE Championship in 2015, it always seemed a matter of when and not if Lee would claim his first title. However, as he points out, nothing is ever guaranteed when it comes to mixed martial arts, no matter how skilled a fighter is.

“For me, winning the title, I just feel very grateful. A lot of very good talented fighters will go their whole career and never touch gold once. And they definitely deserve it, they definitely have the skills, but under the circumstances, they were just not able to touch gold. Donald Cerrone is a famous example, a great fighter that has never been able to touch it. “

Winning a title and defending it come under two different categories. First in line for a shot at Lee’s belt is likely to be Moldova’s Iuri Lapicus. A grappler by trade, Lapicus has found a home training under one of the world’s top strikers Giorgio Petrosyan in Milan, Italy.

Lee has been impressed with what he has seen so far from Lapicus, who secured the No. 1 lightweight ranking following back to back submission wins over Shannon Wiratchai and Marat Gafurov.

“I think he is definitely well deserving of it. He is undefeated; he probably has the best record in the division so far just by being undefeated. I think he is going to be a very good challenge.”

Lee has always looked to a be fighter who relishes a challenge. He demonstrated that in 2019 and now he is waiting for that call to prove it all again in 2020.

Are you excited about seeing Christian Lee back in action again?