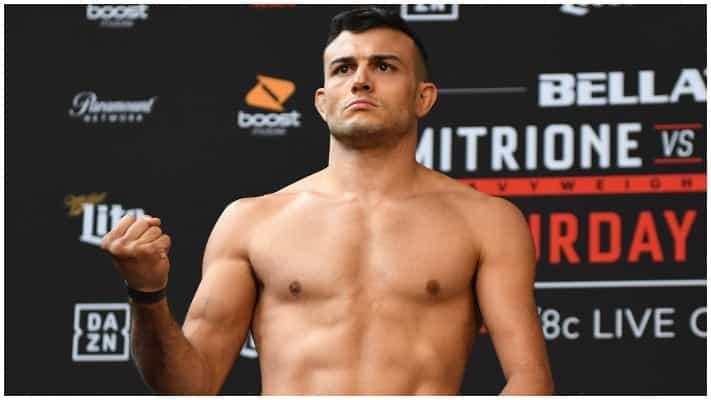 Nick Newell says he never wants to leave Bellator and plans to retire with the promotion.

The 35-year-old previously had dreams of reaching the UFC but fell short in his bid to join MMA’s premier organization back in 2018. Newell fell to a unanimous decision defeats against Alex Munoz when he appeared on Dana White’s Contender Series.

Today, Newell couldn’t be happier with how things turned out and says he can never see himself fighting for anyone but Bellator after the brilliant treatment he’s received as one of their fighters. Newell and other fighters received their pay despite not competing last year as COVID-19 swept the globe.

“I’ve made it known since my Bellator debut, I had such a fantastic time working with Bellator and working for them, that my fight career will end in Bellator,” Newell told LowKickMMA. So, this is it for me. I’m Bellator for life, there’s nowhere else I want to go. This is where I want to be and they took care of me and we needed a minivan. So, the fight purse went to the minivan fund, and we ended up getting one.”

Unfortunately, that means Newell will never get the chance to avenge his most famous loss which came against the former UFC interim lightweight champion, Justin Gaethje.

“I never had had anything personal against him,” Newell said. “He’s been nothing but great before and after. You know, things happen in this war. Obviously, if you ask me to fight him again, I would do it. I wasn’t scared the first time. Why would I be scared now? He’s had a great career. He’s a great fighter, but I’m in Bellator and I have my goals and in Bellator. So that’s where my vision lies right now.

Newell’s Bellator career continues tonight at the Mohegan Sun Arena in Uncasville, Connecticut. He’ll square off against Bobby King in a lightweight bout.

Do you like to see fighters such as Nick Newell showing loyalty to their fight promotion?