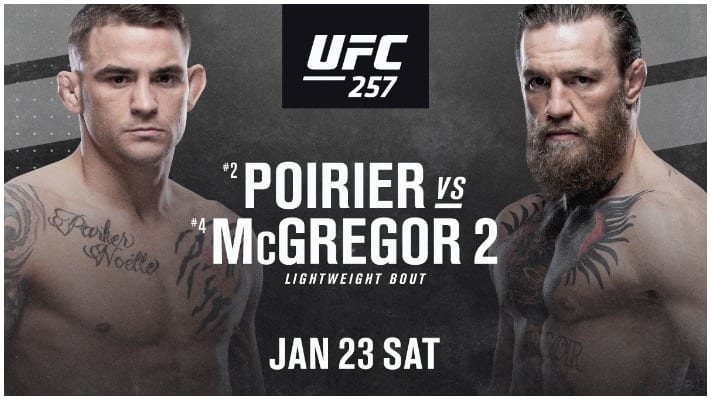 Pay-per-view prices are set to increase again with the return of Conor McGregor.

McGregor returns to action for the first time in over a year when he faces Dustin Poirier in the UFC 257 headliner taking place January 23 in Yas Island, Abu Dhabi.

Like with any McGregor event, it’s guaranteed to have plenty of eyeballs and ESPN+ are taking full advantage of that with another increase in pay-per-view price.

The Disney-owned network confirmed Wednesday (via Variety) that the price of a UFC pay-per-view going forward would be $69.99 instead of the current price of $64.99. Additionally, the price of an annual ESPN subscription will go up from $49.99 to $59.99 while renewals of annual subscriptions for existing subscribers will remain at $49.99 until March 2.

This is the second time ESPN+ have raised the price of a UFC pay-per-view. The first time — coincidentally — took place during McGregor’s return to action in January last year at UFC 246. The price was increased from $59.99 to $64.99 at the time.

As of December 2, ESPN+ has 11.5 million subscribers which is nearly doubled in the past year.

What do you make of the price increase? Is it too expensive or is it still worth it?