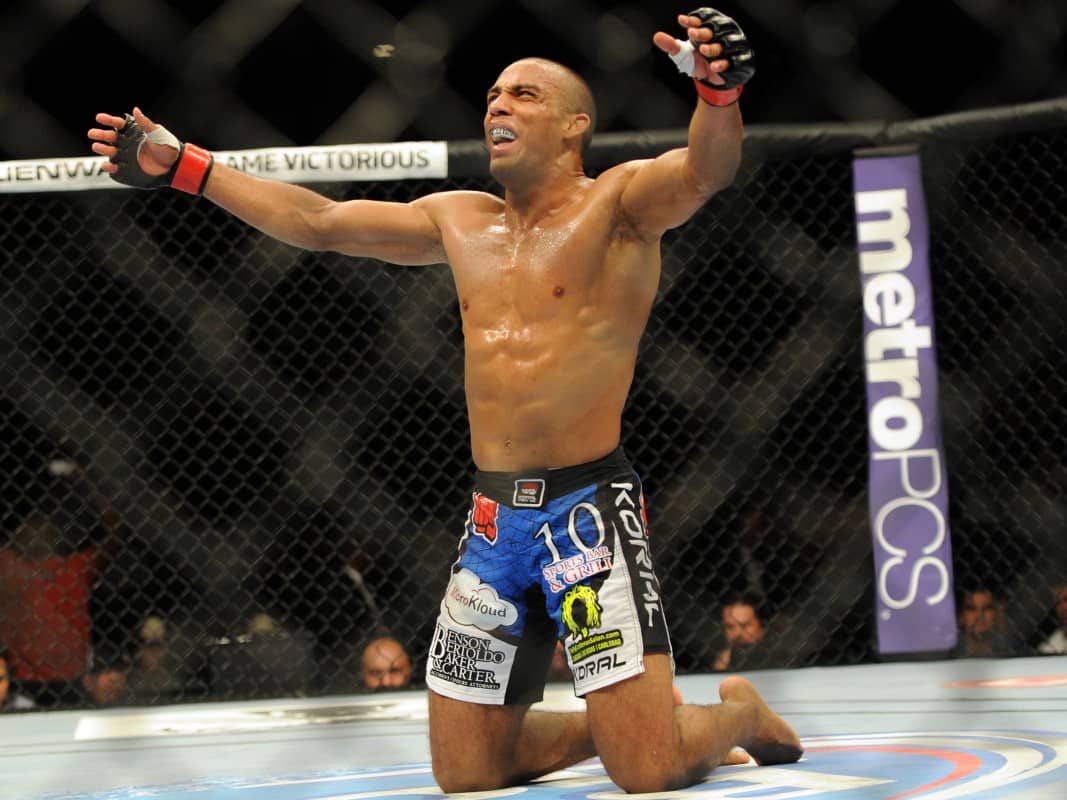 Having gone 2-2 in his last four bouts, Edson Barboza (16-3) hoped to get back on track when he met Paul Felder (10-1) at UFC on FOX 16. Doing so would mean “The Irish Dragon’s” undefeated record would be no more.

The zero is no longer.

Barboza connected with a punch to the body. He landed a spinning kick right to the groin of Felder. The fight resumed shortly after. Barboza landed an inside leg kick followed by a switch kick to the body. “The Irish Dragon” missed a spinning heel kick. Felder landed a knee and the first round ended 11 seconds later.

The second round began and immediately Barboza landed a leg kick followed by a spinning kick to the body. Felder kept trying to land his spinning back fist. They threw kicks simultaneously with Felder getting the better of it. Barboza missed a left and a right hook. “The Irish Dragon” blocked a lightening fast high kick. The Brazilian landed a heel kick to the back of Felder. A knee landed for Felder with a few seconds to go. A thudding body kick connected for Barboza at the end of round two.

A lump formed under the left eye of Felder with about 90 seconds left in the fight. Felder missed an axe kick and pushed his opponent towards the fence. Barboza broke free and the final horn sounded.

All three judges were in favor of the Brazilian two rounds to one.