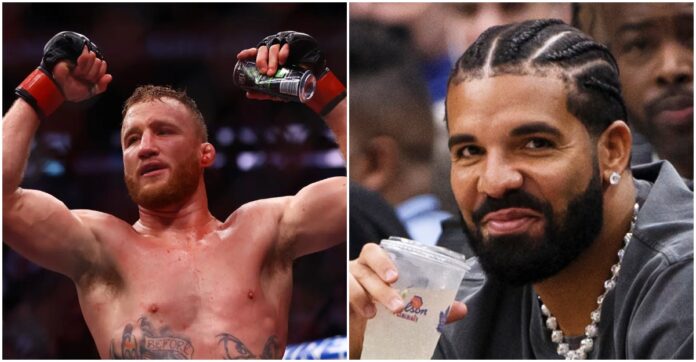 Justin Gaethje has the opportunity to leave Pheonix, Arizona, the undisputed lightweight champion, and none are more confident than Drake, who wagered a $550,00 bet on the challenger.

Worldwide rapper, Drake, is no stranger to betting large sums of money on high-profile UFC fights. The musical icon took it a step further when placing over half a million on tonight’s UFC 274 main event. Drake posted a screenshot on his Instagram of his bet, which noted Justin Gaethje defeating Charles Oliveira to attain the UFC lightweight title. If Gaethje is victorious in his quest, the returns would see Drake earn $1,375,000.

Looking at the time stamp on the bet slip, Drake locked in his ticket before Oliveira missed weight twice, forcing the belt to be vacated and making the Brazilian ineligible to leave with gold.

It’s normally not a good sign when Drake is a topic of conversation on fight week, as several victims have been in the firing line of the ‘Drake curse’. From losing fights after being spotted with the rapper to being on his belt slip. At UFC 272, Drake lost $275,000 after expecting Jorge Masvidal to beat Colby Covington.

Does Drake know something we don’t? Will he be laughing all the way to the bank at UFC 274, or has he made a big mistake? Time will tell when Justin Gaethje and Charles Oliveira square off in the main event.

Who are you backing?