LowKickMMA.com
Home UFC News Dominick Cruz Says He’s Fighting For The Title When He Comes Back 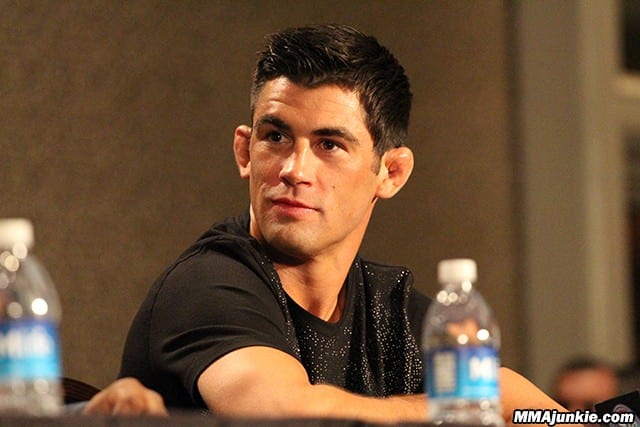 No. 4-ranked UFC bantamweight contender Raphael Assuncao picked up a win over No. 7-ranked Aljamain Sterling at this past weekend’s (Jan. 28, 2017) UFC on FOX 23 from Denver, Colorado. After the win, the Brazilian called out former champion Dominick Cruz, who lost his title via unanimous decision to Cody Garbrandt at last December’s UFC 207:

“I think Dominick Cruz would make a lot of sense right now,” Assuncao said on UFC on FOX 23’s post-event show on FS2. “He’s right there up at the top of the rankings. I don’t see any other guy.”

Cruz, however, doesn’t seem to be too interested in the idea, as he responded by saying that he will fight for the title upon his return:

“It’s not a question of if I’ll fight him,” Cruz said. “I fight the best in the world. I’m ready to fight for the belt. That’s what I’m in line for. That’s who I’m here to fight – the best. That would be the next guy who thinks they’re the champion, and I can take the belt from him. That’s not Assuncao, and I’m not the guy for him. … I’m fighting for the title when I come back, and that’s the end of it.”

Garbrandt is set to defend his title next against fellow former champion TJ Dillashaw, a man Cruz beat last January, after the two coach opposite each other on the upcoming season of The Ulitmate Fighter (TUF). That fight, however, is not yet set for a certain date, which means Cruz could spend some significant time on the sidelines if he does indeed to wait for a title shot.

Should “The Dominator” be awarded a title shot upon his return?