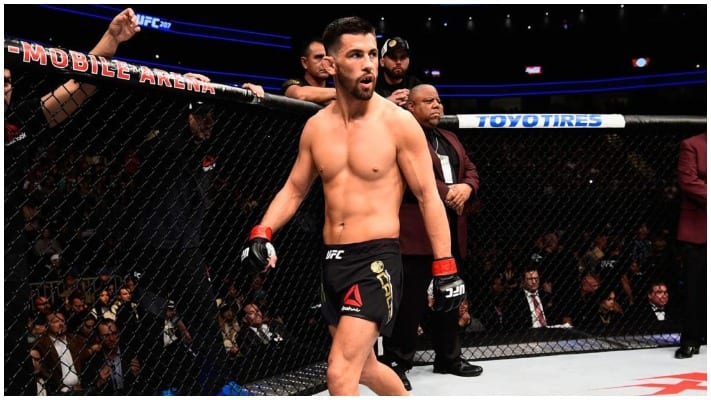 Former UFC Bantamweight champion, Dominick Cruz, is relishing being the featured prelim of the upcoming UFC 259 PPV event. Whilst claiming a coveted spot on the main card of an event is the dream of many an upcoming fighter, the experienced veteran in Cruz is realistic about what placement on a UFC card really entails.

In a recent interview with ESPN MMA’s Ariel Helwani, Cruz had the following to say about being on the prelims:

“That’s probably the most seen position on the entire fight card. I’ll have the most eyes on me. Like I said, I’ve had a pretty decent layoff, so let’s get me in front of a lot of eyes is what I’m thinking. At the same time, being on the prelims, that’s an ego thing. I’m not really attached to my ego at this point. I know what I am. I know the things that I’ve accomplished. It doesn’t affect me to be seen more, and I will. I’ll be seen more”(transcribed by Farah Hannoun).

“More people tune into that then they will the main card. I’m right before the main card so everybody is watching that one because it’s the end of the prelims. It’s kind of like the lead-off hitter of a baseball team. That’s usually the fight that people wanna see almost every time they put these fights together. I’m excited to be in that position.”

Cruz will face off against rising prospect Casey Kenny, at UFC 259. Following a controversial loss to former champion Henry Cejudo, ‘The Dominator’ is looking to remount a title shot at 135lbs.

How well do you think Dominick Cruz will fare against Kenny? Let us know in the comments.