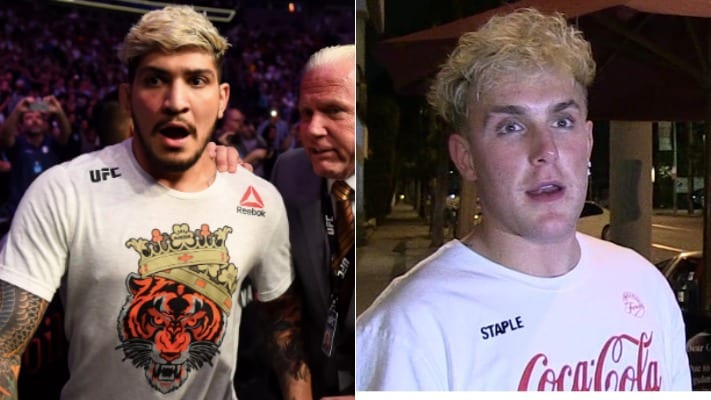 It looks like Dillon Danis is serious about fighting YouTube star Jake Paul amidst their current beef with one another.

Danis took to Twitter last night (Thurs. September 26, 2019) to claim he has signed his end of a contract to fight Paul, urging the YouTube standout to sign his end and give the people what they want to see.

Danis and Paul have been going back-and-forth with one another online for some time now. Things have gotten personal in their exchanges, with Danis mentioning Paul’s wife (although it’s widely believed their marriage is a publicity stunt), and Paul mentioning Danis’ girlfriend.

It’s unclear what the terms of a potential fight between the pair would be. Paul competed on an amateur boxing show put on by himself, his brother Logan, and fellow YouTube star KSI in August of last year. There, he defeated KSI’s brother, Deji Olatunji, via TKO in the fifth round of their six-round bout.

As for Danis, he is a professional mixed martial artist and jiu-jitsu star who is currently 2-0 in his career competing under the Bellator MMA banner. Danis last fought back at Bellator 222 where he submitted Max Humphrey in the first round. It’s unlikely Paul would accept an MMA fight with Danis, so any form of combat competition between the pair would likely be boxing.

Do you think Danis and Paul will actually fight one another?