LowKickMMA.com
Home MMA News Derrick Lewis Admits ‘It Was Too Much Pressure’ Fighting in Houston Against... 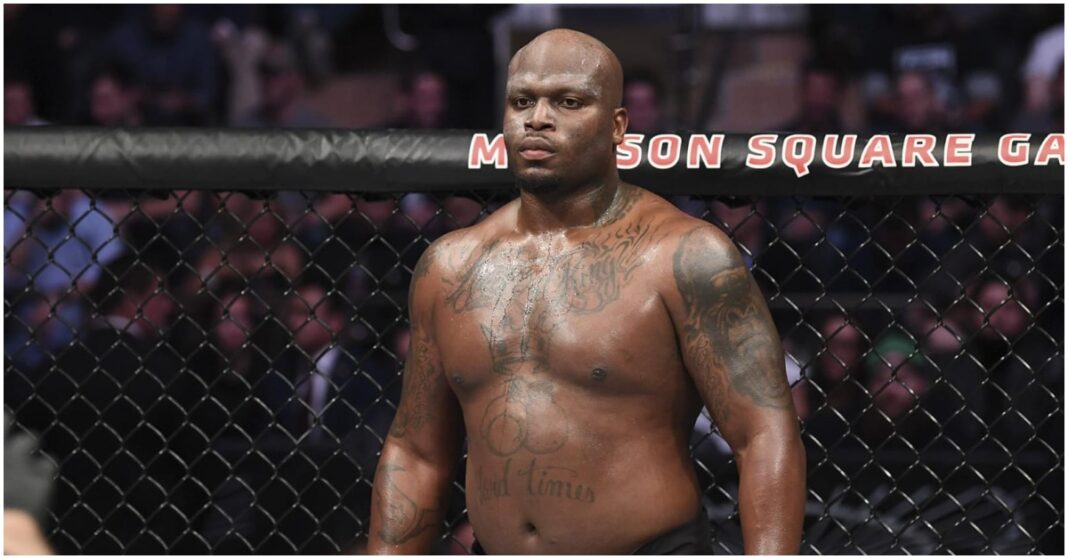 UFC heavyweight Derrick Lewis admitted that he felt the pressure in his interim heavyweight title clash with Ciryl Gane at UFC 265 in August of last year.

Unfortunately for the fan favourite Derrick Lewis, his second crack at UFC gold didn’t fall in his favour as Ciryl Gane stopped him in the third round. Some fighters relish the opportunity to fight in their own backyard with the home crowd behind them, but for Derrick Lewis, it caused massive distress, and he believes if the fight didn’t take place in Houston, perhaps the outcome would have been different.

In an interview with The MMA Hour, Derrick Lewis described what he went through and the measures he had taken to relieve the stress of fighting in his home city.

“To the point where I really was calling people up, let me get some weed off ‘em so I can relax my nerves during fight day. That type of pressure,” he said.

Derrick Lewis has taken on all comers since joining the UFC in 2014, with notable wins over Francis Ngannou, Curtis Blaydes and Alexander Volkov. Not to forget leading the way for the most knockouts in the promotion’s history.

The whole fight-week process of fighting in Houston seemed to affect Lewis and his performance on the night, to the point it made him reflect on his past. Lewis told Ariel Helwani the experience reminded him of an incident that occurred when he was younger when he faced jail time for aggravated assault. Lewis served a three-and-a-half-year sentence. The title fight with Ciryl Gane also marked the 13-year-anniversary of his release date.

“Never felt it that bad,” Lewis said. “Actually, before court. Before I went to court, before they gave me some time to go to prison. That’s the other time I felt so much pressure, but other than that it was the Houston card. It was pretty bad as well.

Even with the Houston event being over, it still didn’t give Lewis any satisfaction due to failing to secure gold for the second time and being reluctant to let his hands fly.

“I don’t think it was like a weight lifted,” Lewis said of his feelings after the fight. “Just real embarrassed. I felt embarrassed to fight. Felt embarrassed, I felt like I should have did a lot more than what I did. I was gun-shy the whole fight. I didn’t want to pull the trigger and I was too stationary. It’s a lot of stuff.

“I could go on and on about a lot of things that I should have done different in that fight, but it just didn’t happen, so you’ve got to just move on and just better myself. If that time comes again and we face each other again, it will be a different outcome, I believe.”

With that being said and the dread of competing in his home town, Derrick Lewis is set to face Tai Tuivasa at UFC 271 in Houston on Feb.12. Only Lewis himself will know how he will deal with the pressure this time around, and last years fight with Ciryl Gane will have to be put behind him.

“I say that all the time,” Lewis said. “I believe so, all the time. My coaches believe that as well. Everyone believes it would have been a lot different if it wasn’t in Houston. On that big of a stage and all of that stuff going on, I don’t believe the outcome would have ended like it did.”