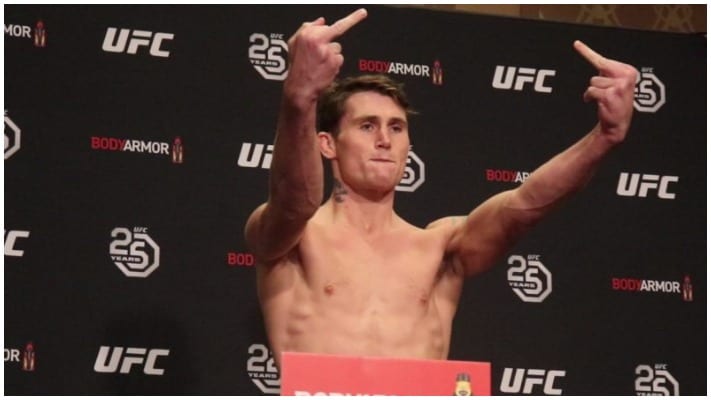 It’s fair to say Darren Till was not impressed with the performance of Marvin Vettori.

Vettori was initially set to take on Till at the UFC Vegas 23 headliner last night only for a broken collarbone to rule out the latter. Despite Vettori being understanding at first, accusations of faking an injury followed soon after with things naturally being hostile with Till as a result.

Vettori, meanwhile, faced Kevin Holland on short notice and went on to win a lopsided unanimous decision after using his wrestling for majority of the five rounds in what was an overall drab fight.

And based on that performance, Till feels he knows how a fight with Vettori would have played out.

“As for marv… sorry ork. It wasn’t the prettiest win but a wins a win and it means so much to him you can see. That fight told me he knew he couldn’t strike with me so he was going to try take me down.

“Even if he were to succeed in takedowns he wouldn’t of been able to keep me there I would of hurt this man for five rounds on the feet But hey who the f*ck am I to talk? I pulled out of the fight so every right I have goes out the window with that Whatever happens for Marvin next good luck I’m sure we’ll meet soon I’ve got a fake injury to recover from and repair See you all soon All very soon x”

Till expects to return to training in the near future but whether he gets to fight Vettori remains to be seen with the latter now solely targeting a title shot.