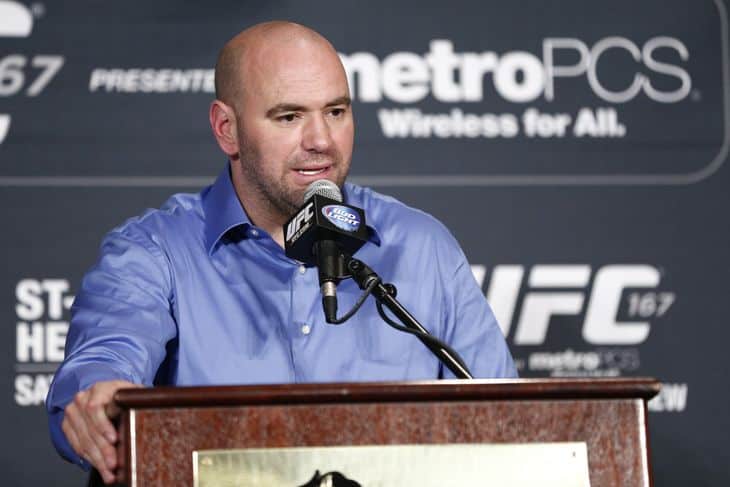 With the UFC officially selling for a record setting $4 billion yesterday (July 11, 2016), many questions have arisen regarding the largest transaction in sports history. As for what specific changes will be implemented by new owners WME-IMG, the answer is currently unclear, although UFC President Dana White, who will remain in his role, recently touched on the topic in a conversation with TMZ.com.

White continued to reiterate his idea that WME-IMG will take the UFC to the next level, and he claimed that the new owners will offer increased fighter pay, more sponsors, and increased opportunities for fighters outside of the cage:

“One of the things that we have always done since the day we have bought this company is we have taken this to the next level. I didn’t sleep too well last night. I was reading a lot of stuff and watching a lot of stuff, and obviously there was a lot of positive. But then there’s negative people out there, the naysayers, all this and that. Listen, this is gonna be massive,” White promised.

“Every year that we’ve owned this, fighter pay has gone up every year,” the UFC president continued. “I think that Ari (Emanuel), IMG, they’re gonna really bring in a lot more sponsors, there’s gonna be television and movie opportunities for these guys. Again, we’re just gonna continue to make this thing bigger globally and make this sport more popular. People can’t wrap their brains around the fact that we don’t even have scratched the surface of how big this sport’s gonna be. And Ari and his team get it, my team definitely gets it, and I’m ready.”

White once again confirmed that Emanuel, who is the head of the talent agency known as WME-IMG, will offer a plethora of different opportunities to hundreds of ‘talented’ fighters on the UFC:

“Absolutely. Listen, I come up with lots of content,” White said. “The library that I have from the past, the live fights, the ability to do all the different television shows, the talent that I have, I have 500 men and women under contract, talented people. Ari’s gonna help take that to the next level. I’m telling you guys. Look at these things that I said 15 years ago and listen to what I’m telling you today: Watch what happens in the next five years.”

What do you make of White’s latest comments?