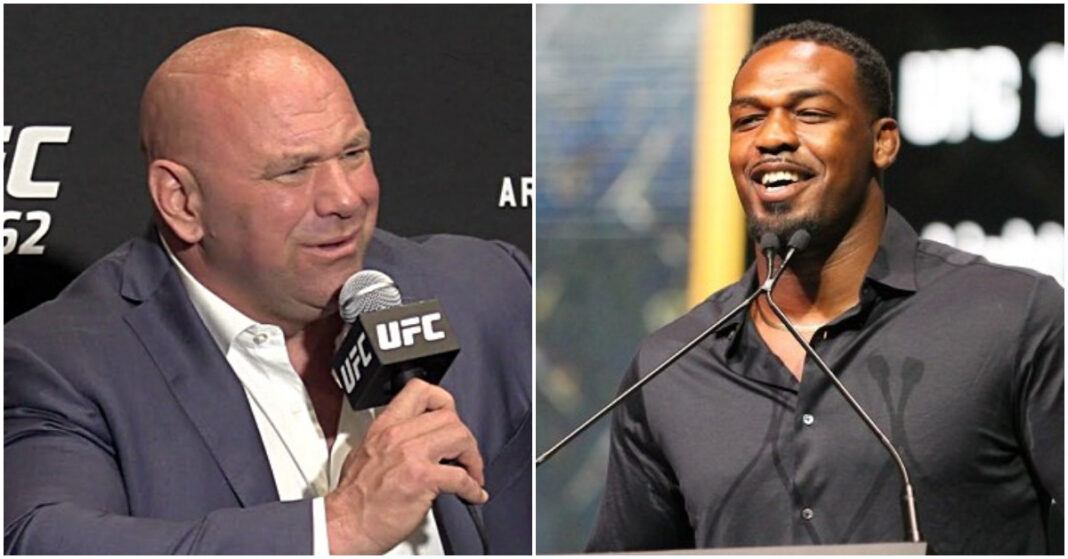 UFC President Dana White says the next move for Jon Jones is whatever Jon Jones wants it to be.

In an interview with ESPN’s Brett Okamoto Wednesday, White said that he simply isn’t sure what’s next for Jones. He mentioned that this wasn’t necessarily even due to Jones historically erratic behaviour, but more so because he doesn’t know what Jones wants do to.

“I think Jon’s going to watch this fight, and he’ll decide. Maybe he doesn’t fight at heavyweight. Maybe he goes back and tries to regain the light heavyweight championship. I honestly don’t know the answer to that question.”

White also shared his thoughts on how big of a footprint Jon Jones will have on Saturday’s event and made a reasonable wise crack at Jonny Bones’ expense when asked where he’d be watching from.

Jon Jones Has Not Fought In COVID-19 Era

Assuming Jones doesn’t fight in the UFC in the next month, it will be over two years since he’ll have stepped into the octagon by the time his next bout is even scheduled. He has not fought since February of 2020 when he retained his lightweight title against Dominick Reyes at UFC 247.

The vast majority of the combat sports community is of the belief that Jones stands to face the winner of this weekend’s heavyweight title bout between Francis Ngannou and Ciryl Gane. Jones has acknowledged this notion before but did manage to stay away from making an official prediction on the outcome of the fight.

Widely considered to be the greatest MMA fighter of all time, Jones has eleven successful lightweight title defenses in the UFC and has been teasing a 2022 heavyweight debut for some time now. He has expressed what he’s looking to achieve in a move up to heavyweight but question marks still currently surround his future in the octagon for the time being.

Would you prefer to see Jones take on Francis Ngannou or Ciryl Gane if he moves up to heavyweight?