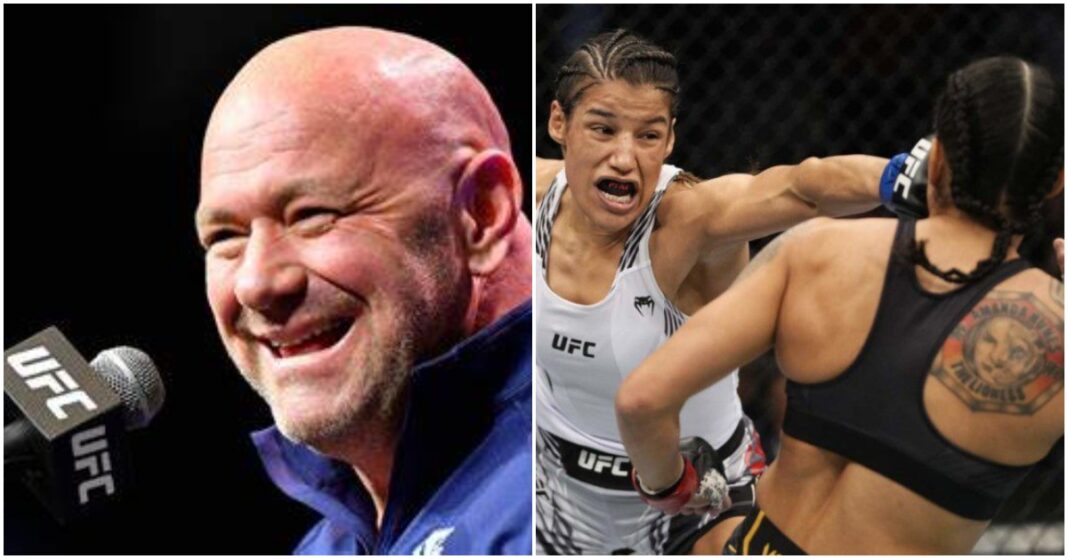 The UFC president Dana White believes Julianna Pens vs Amanda Nunes 2 could be record-shattering for the company.

Julianna Pena pulled off one of the biggest upsets in UFC history since George Saint-Pierre lost to Matt Serra.

Pena coming in as a +600 underdog would submit arguably the greatest female fighter of all-time in the second round.

Nunes was defending her title for the ninth time, was on a twelve-fight win streak, and hadn’t lost a fight since 2014. But Pena would upset the odds and go on to dethrone the champion.

Will a rematch happen?

With both fighters showing an interest in a rematch the bout surely will be inevitable.

Dana White is desperate to make the fight happen and believes this fight will be a massive sell-out, he also believes this will overtake Ronda Rousey vs Holly Holm as the greatest women’s fight of all time.

Ronda Rousey was arguably the biggest star in the UFC at the time of her fight with Holly Holmes, this upset caught the whole world’s attention making it the greatest women’s fight of all time.

With the fight only taking place at UFC 269 just over a week ago, White is yet to give an update of when the rematch will take place.

Pena said that she intends to take some time off from competition to focus on her daughter, but will be ready to run it back when it’s offered. Nunes has also expressed a desire to take some time to recuperate before taking a rematch against ‘The Venzeulan Vixen’.

Who do you think will win the rematch?