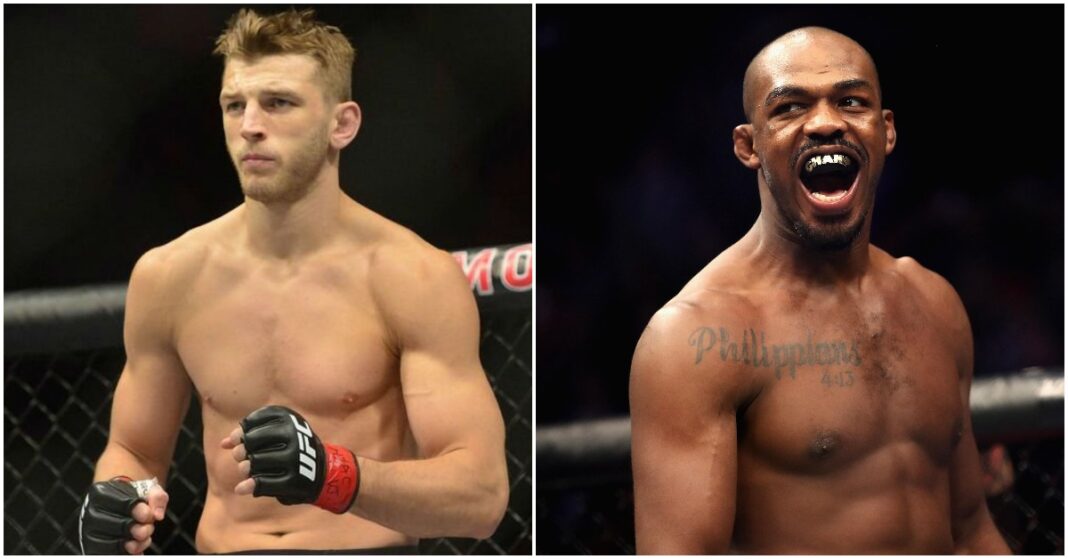 Dan Hooker has gained a reputation among the MMA community as someone who would fight anyone at any time.

But Hooker has taken this to a whole new level by taking shots at the former light heavyweight champion Jon Jones.

This twitter back and forth happened over Christmas, with Jones’s comments about Chael Sonnen’s battery citations.

Speaking to TheAllStar Hooker said, “I kind of just threw something at the wall of the internet. I didn’t tag him or anything, [but] he decided on Christmas Day to tag me in [a tweet].”

“Do I have some kind of malice or ill-will towards Jon Jones? Definitely not. I don’t care, I don’t spend any time thinking about Jon Jones, I couldn’t care any less about Jon Jones. Would we ever fight? No, the fight would never make sense. Would I fight him in a carpark? If he had a problem with me of course I would oblige. I would never insult someone and not give them the opportunity to punch me in the face. That’s an entirely different discussion. But do I harbor any ill-will towards Jon Jones? Nah, definitely not.”

As the “Hangman” explained, a UFC fight between the two could never take place and they’re moving further apart in weight divisions.

Hooker also spoke about why he felt the need to intervene with Jones’ comments on Twitter about Sonnen.

“There’s a definite blurred line. To me, defending your wife from people insulting her is one of the most honorable things you could possibly do. To put hands on your wife is one of the most terrible things. This is my opinion and view on the topic… There’s only two arguments when it comes to that, people that think it’s not okay to physically abuse your spouse, and the other side where people think it’s okay if you’re really good at a sport. Those people, excuse my French, those people are f*****g idiots. Those people are just young, immature, and not up to scratch. It’s just not okay.”

What’s next for Dan Hooker and Jon Jones?

With Hooker now dropping back down to featherweight after losing three out of his last four bouts at lightweight.

A fresh start at feather against number seven ranked Arnold Allen could be what the “Hangman” needs.

What makes you more excited Dan Hooker back at featherweight or Jon Jones at heavyweight?