LowKickMMA.com
Home MMA News Cyborg Is Looking RIPPED On Her Way Down To 140 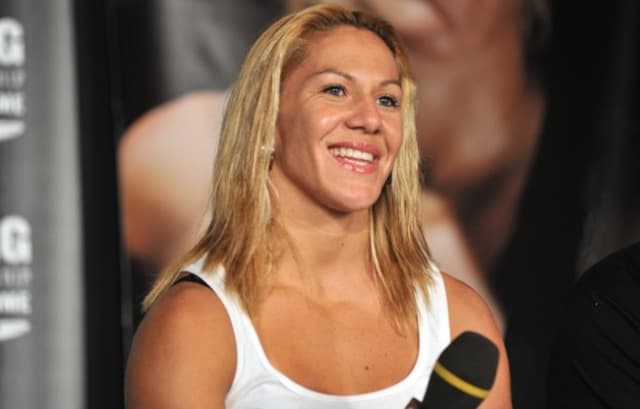 It’s been a long and winding road of speculation and trash talk on the way to a possible Ronda Rousey vs. Cristiane “Cyborg” Justino superfight for the UFC title, but tonight (Tues., October 20, 2015) we may have witnessed the most concrete evidence that the fight may eventually become a reality.

Preparing for a trial run down to a catchweight of 140 for her next fight, Invicta 145-pound champ “Cyborg” posted a photo to her Facebook account of her looking especially cut and lean headed for a late 2015 bout:

Justino appears well on the way towards making 140, but she’s also posted similar photos displaying progress of her failed cut down to 135 last year, so it’s anyone’s guess as to whether or not she’ll actually be able to make 140, let alone 135 in order to fight Rousey.

Routinely walking around at weights upwards of 175 pounds, Justino is an absolutely hulking featherweight who has defended her Invicta FC belt twice this year, destroying Charmaine Tweet and Faith Van Duin with the thunderous punching power that many feel would be her one and only big advantage over Rousey.

Now, it’s up to her promotion to get her an opponent at 140, as her next fight is currently without an opponent or a date. At least she appears to be in great shape and well on her way to making the weight, however.

If she can get down to the 135 pounds required by “Rowdy” is a completely different story. Will the stage soon be set for by far the biggest championship bout in women’s MMA history, or are we viewing just another smokescreen?