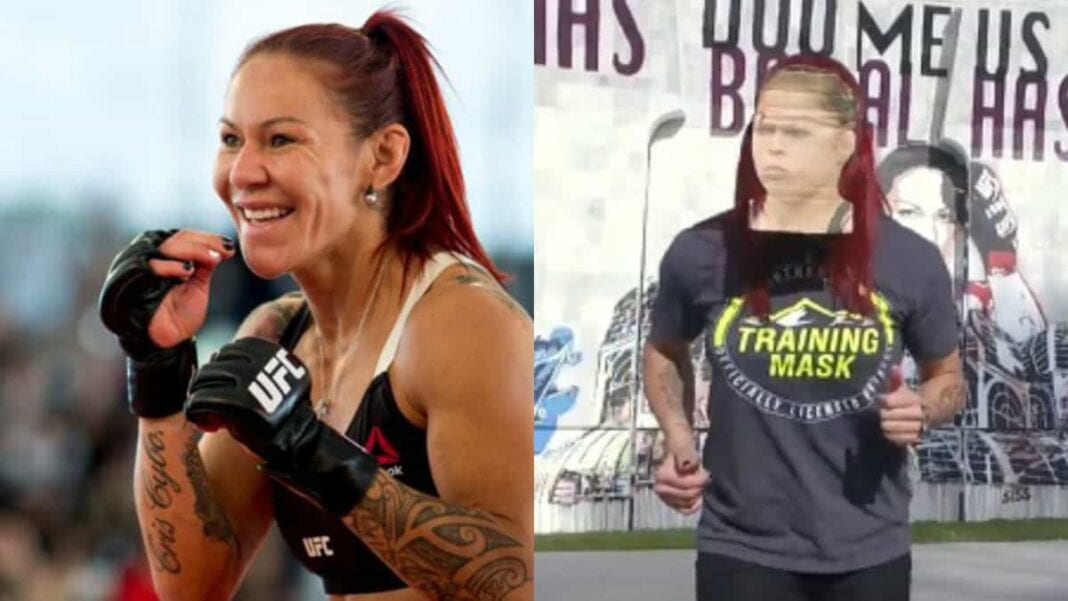 Cristiane ‘Cyborg’ Justino is coming hot off a first round knockout win over Leslie Smith in her UFC debut in her hometown of Curitiba, Brazil at UFC 198, and is desperate to finally get her shot at the former UFC bantamweight queen Ronda Rousey.

Less than 24-hours after defeating Smith in her hometown of Curitiba, ‘Cyborg’ called out Rousey via Twitter to a potential showdown at the UFC’s first ever event in Madison Square Garden at UFC 205:

Now Justino has taken it a step further, taunting ‘The Rowdy One’ in a new Running Man Challenge video alongside a little friend. The two are seen below wearing Rousey masks, dancing to Ghost Town DJ’s ‘My Boo’:

According to reports per FOX Sports’ Elias Cepeda, the Brazilian’s next fight is to go down at July 29th’s Invicta FC 18 event where Justino is expected to defend her featherweight title.

‘Cyborg’ is also said to be open to doing another catchweight bout in the UFC, however, only against a champion or Rousey. Following her debut at UFC 198, Justino was linked to rumors of a possible bout between Germaine de Randamie at UFC 201.

Cyborg later disputed these claims via Twitter, stating her next bout would be to defend her Invicta FC featherweight title:

This fight will be 145lbs?! I will defend my world title next! Shes had over 50 fights at 145 n her career #andstill pic.twitter.com/OcDQh490w0

No official word has yet come on when ‘Cyborg’s’ next bout will be, or if she will make a return to the UFC, however a bout with Rousey would certainly be a spectacle in of itself regardless of what card it takes place. After so much frustration and difficulty getting Justino to the UFC’s main stage, many fans had hoped she’d perhaps leave behind the Invicta title, but without a featherweight division in the UFC that would always be an unlikely scenario.

Stay with LowKick for the latest on ‘Cyborg’ and when she might make her highly-anticipated Octagon return.