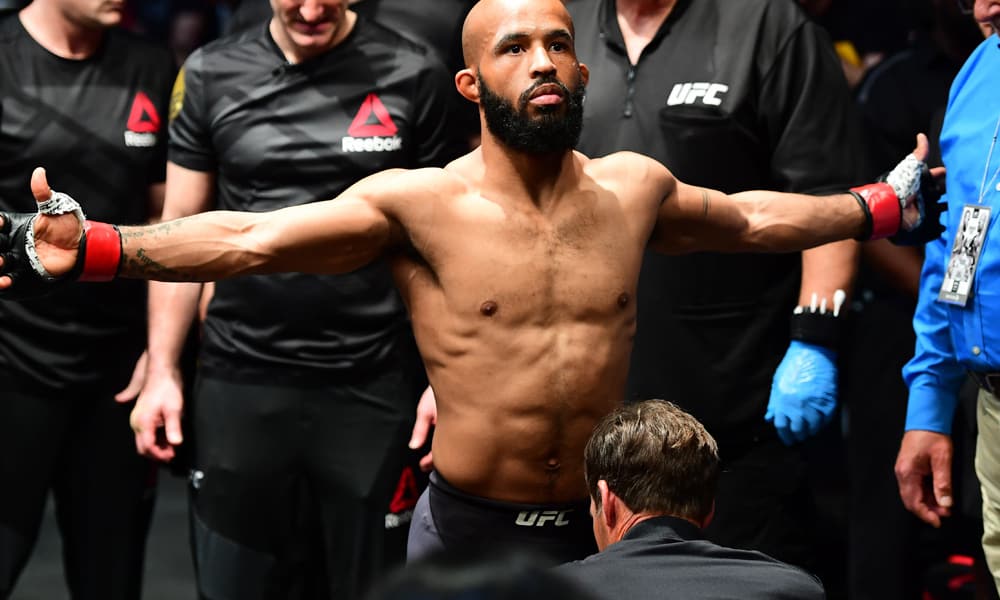 Now, the former UFC flyweight champ is on the sidelines due to a mandate from the California State Athletic Commission (CSAC).

Johnson was defeated for the first time in his 125-pound mixed martial arts (MMA) career at UFC 227 earlier this month. Henry Cejudo made history when he bested “Mighty Mouse” via split decision.

Johnson suffered a string of injuries during the fight. One of those injuries was to his knee. As a result, Johnson will now require medical clearance to be removed from the ABC database which tracks medical suspensions.

Initially, a mandatory minimum suspension of seven days was given to Johnson. Johnson will instead be suspended indefinitely. CSAC executive director Andy Foster told MMA Junkie the news this week.

The former flyweight champ said he injured his lateral collateral ligament (LCL) and broke his foot in the loss to Cejudo. Johnson did tear his LCL but did not break his foot.

Johnson had this to say about his injuries in a recent interview on “Ariel Helwani’s MMA Show”:

“Typically (a) Grade 3 (tear), you need surgery,” Johnson said. “Grade 2 is six weeks off and rehab. It’s feeling like a Grade 2 because I’ve had a tear in my left LCL before.”

Due to Johnson’s injury and Cejudo’s desire for a super fight with TJ Dillashaw, what’s next for “Mighty Mouse” remains to be seen.