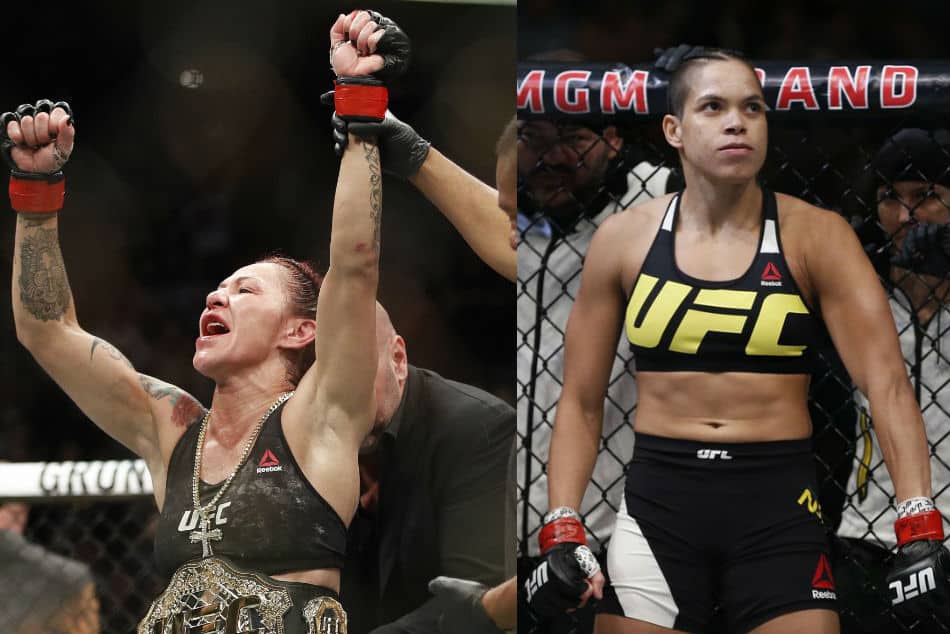 Cris Justino vs. Amanda Nunes is actually going to happen after months of talking about it in interviews and social media. The odds have also been released for this upcoming superfight.

Cris Justino vs. Amanda Nunes was reported on Wednesday night (August 22nd, 2018). The UFC women’s featherweight champion will take on the UFC women’s bantamweight champion. The date has been set, which is the UFC 232 pay-per-view event that goes down later this year.

Cyborg (20-1, 1 NC) is widely regarded as the best female fighter in the world with the only loss of her pro-MMA career thus far came back in 2005 when she made her professional debut and is coming off a big win over Yana Kunitskaya to retain her UFC women’s featherweight strap in March via the first-round TKO.

Nunes (16-4) is fresh off a successful women’s bantamweight title defense over Raquel Pennington in May which was her seventh in a row to go along with her list of wins over some of the biggest names in the sport including Ronda Rousey, Miesha Tate, and Valentina Shevchenko.

What’s interest is that the odds are closer for any fight for Cyborg since she fought Gina Carano in Strikeforce back in 2009. It should be noted that with this fight being four months away, there’s plenty of time for those odds to shift as Nunes brings legitimate knockout power.

The UFC 232 pay-per-view event is set to take place on Saturday, December 29, 2018 at T-Mobile Arena in Las Vegas, Nevada. The main card will air on pay-per-view at 10 p.m. ET. The preliminary card will air on FOX Sports 1 at 8 p.m. ET and the promotion’s streaming service, UFC Fight Pass.