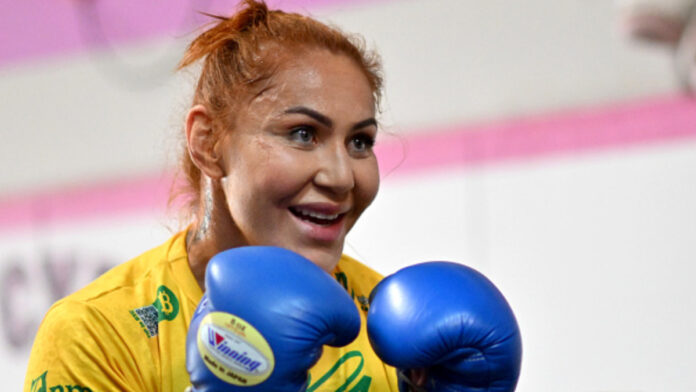 The next chapter for WMMA legend Cris Cyborg began tonight, and it would result in a phenomenal start for the Brazilian as she would take Simone Silva to the deep end to secure victory.

The bout would be Cyborg’s first professional boxing match, and it honestly went pretty smoothly for her. A pioneer in women’s MMA, it should be no surprise that her skills would translate well into boxing and that they did.

Simone Silva (17-22) is a veteran boxer who entered the match on a nine-fight losing streak dating back to 2019.

The first round started off with big shots exchanged on both sides. Cyborg would initiate the clinch, and at one point would back her opponent into the ropes where she would unleash a terrific combo. Simone Silva was game though, and she would fire back, refusing to go down easy.

In the second round, you could see the Brazilian starting to get a feel for her opponent. The one-two was crisp, and she leaned on the basic but effective combo and put it to great use. Round three would see the MMA champion really start to let the hands fly. The right hand was on the money for Cyborg, and she would punish her opponent with it that round.

From there, things continued at a steady pace for the MMA superstar. She was on cruise control and easily won every round. Simone Silva showed true heart and never gave up, but the skill and tenacity of Cris Cyborg would just be too much at the end of the day.

The judges would see the fight as a unanimous decision victory for Cyborg, and the Brazilian superstar officially earned the right to start her boxing career off with a win.

Who would you like to see Cris Cyborg challenge next in the boxing ring?