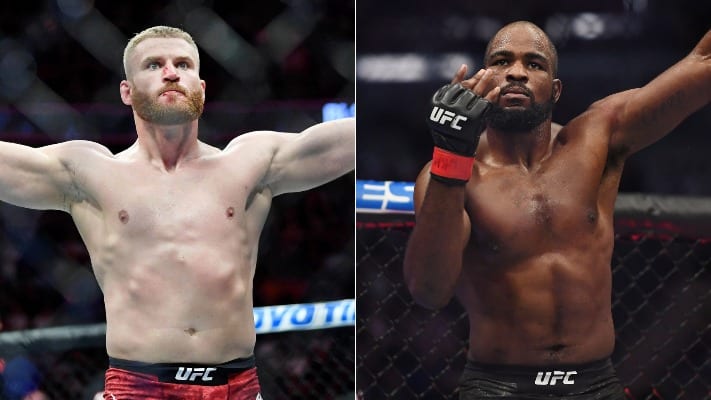 Corey Anderson won’t be getting the next crack at the light heavyweight title.

However, he might just be getting a shot at the No. 1-contender’s spot. ESPN’s Brett Okamoto reports that the UFC is working on finalizing a fight between Anderson and Jan Blachowicz to headline UFC New Mexico in February.

Anderson comes off of a big first-round TKO win over Johnny Walker on the featured UFC 244 preliminary bout of the night. With the win, Anderson extended his win streak to four. Now, he’ll take on Blachowicz, another man who has looked very impressive inside the Octagon as of late.

Blachowicz is on a two-fight win streak after knocking out Luke Rockhold in July at UFC 239. The Polish powerhouse finished the ex-middleweight champ in the second round with a thunderous uppercut. In his last bout, Blachowicz thwarted another middleweight’s debut at 205 pounds, taking out Ronaldo “Jacare” Souza in the UFC Sao Paulo headliner. Blachowicz won the scrap via split decision after a fairly uneventful 25 minutes.

The matchup between Anderson and Blachowicz certainly makes sense at this point in time. They’ll likely challenge the winner of Jon Jones vs. Dominick Reyes, which headlines UFC 247 in February.

Who do you think takes a bout between Anderson and Blachowicz?