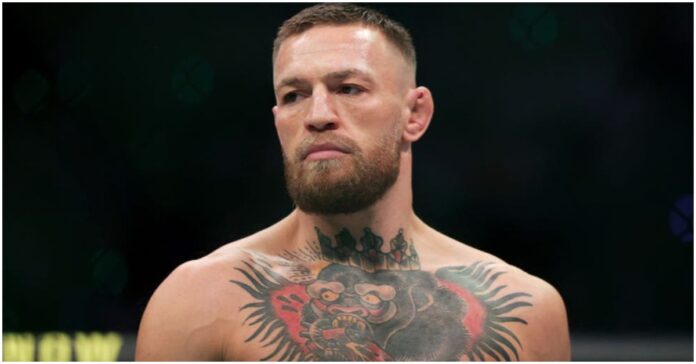 Conor McGregor sat down with TheMacLife’s Oscar Willis for a 30-minute interview at his new pub and dropped tons of details in regards to his plans for his next fight and career moves.

Out of the topics touched during this sit-down, the notable one is McGregor’s wish to fight Kamaru Usman for the 170lb world championship.

“I like myself at 170, some of my best performances in the octagon have been at this weight with no calorie deficiencies whatsoever,” McGregor said.

When Willis brought up the welterweight champ, McGregor said he believes “that’s the fight to make, I believe myself vs Usman for the 170 lb title for my comeback fight is the one I’m eyeballing at the minute.”

“I feel confident against Usman, a jab happy, sloppy, orthodox wrestler with no submissions whatsoever, what’s he gonna do?

“I don’t see a danger with him. His ground and pound isn’t strong, plus he’s on the older side.”

McGregor went on to talk about his goal of becoming a three-division champion – the first in UFC history.

A McGregor-Usman matchup would undoubtedly produce massive numbers for the UFC and would be arguably the biggest fight of the year for the fight game.

Other topics touched during the interview were his injury, the new pub during St Patrick’s Day, and more. You can catch the full interview below!

Do you want to see Kamaru Usman vs. Conor McGregor?