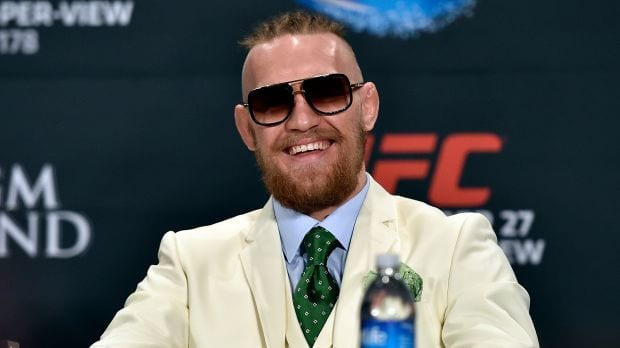 Conor McGregor was in Bristol, Connecticut on Monday morning at ESPN’s headquarters to promote UFC 189 and his featherweight championship bout with Jose Aldo in the main event.

The UFC had an octagon set up outside of ESPN’s headquarters.

During the interview, when McGregor was asked how he would beat Aldo, McGregor said that it would be knockout. He would later say that he needs four minutes to do.

You can see some of the still shots of his appearance via ESPN’s Twitter.

UFC 189 takes place on Saturday, July 11, 2015 at the MGM Grand Garden Arena in Las Vegas, Nevada. This event will be shown on pay-per-view, Fox Sports 1 and UFC Fight Pass.