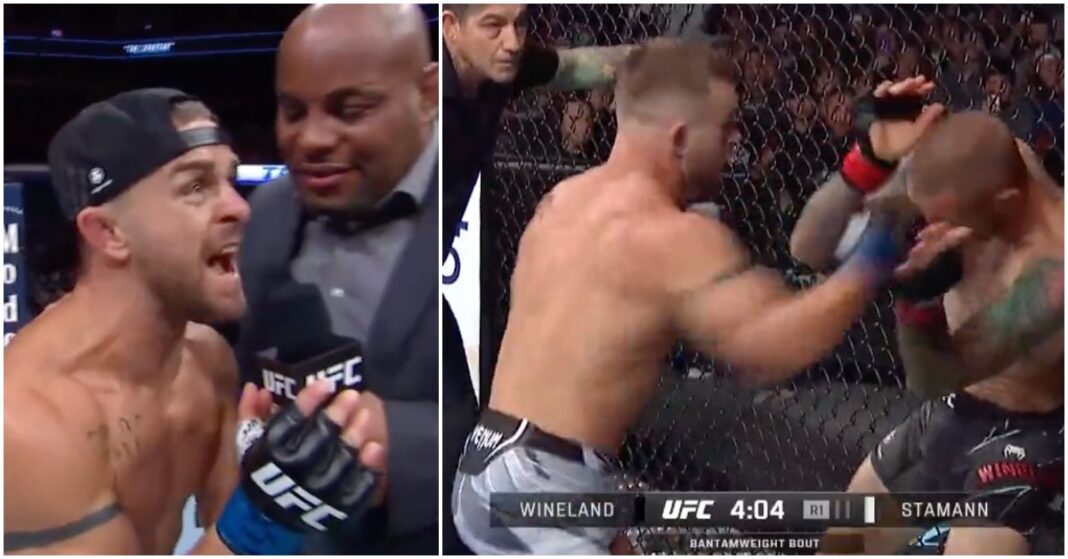 Cody Stamann kept the streak of UFC Austin finishes going, as he TKO’d UFC veteran Eddie Wineland in the first round.

Stamann has been vocal about his desire to put on an emphatic performance against Wineland, and that was exactly what he did. Stamann rocked Wineland extremely early, and then refused to let off the pressure. Punches and knees kept Wineland reeling, eventually forcing the referee to step in and stop the fight.

This win sees Stamann snap his three-fight losing streak, and promises a return to form from ‘The Spartan.’

Check out the highlights from Cody Stamann’s first-round TKO victory over Eddie Wineland at UFC Austin: