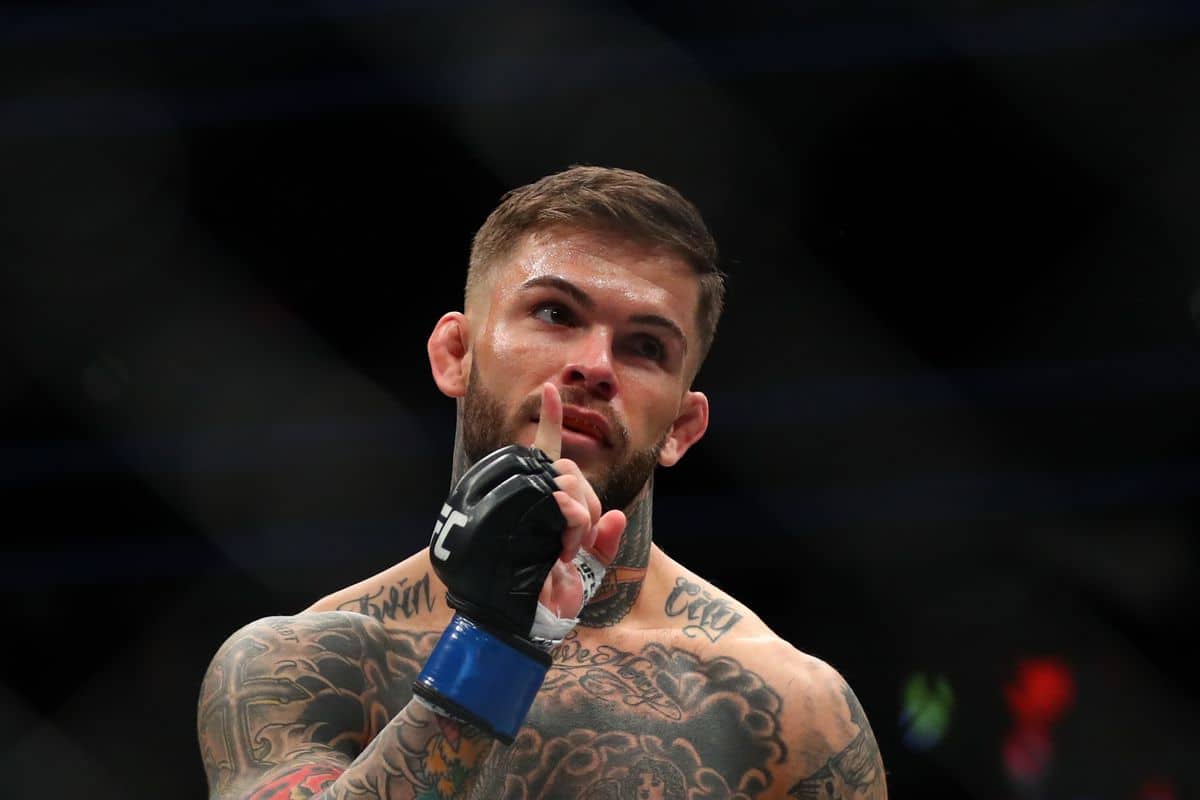 Once teammates at Urijah Faber’s Sacramento-based Team Alpha Male, bantamweight champion Cody Garbrandt and TJ Dillashaw are now just two days away from settling their heated rivalry, as the two will square off in the co-main event of Saturday’s (Nov. 4, 2017) UFC 217 from Madison Square Garden in New York City.

Leading up to the bout, which was originally scheduled to take place last July at UFC 215, Garbrandt and Dillashaw have repeatedly taken shots at each other, often getting personal with the trash talk. At today’s (Nov. 2, 2017) pre-fight press conference, that continued.

“No Love” has previously accused Dillashaw of using performance-enhancing-drugs (PEDs), but he took those accusations even further earlier today:

“You showed everyone how to do it on Team Alpha Male,” Garbrandt told Dillashaw.

As expected, Dillashaw shook off the accusations:

“I don’t understand the animosity coming from him,” Dillashaw added. “it’s a little bit ridiculous. Do I need to hold his hand and tuck him in at night? … I’m not your daddy. Urijah [Faber] is your daddy. He’ll be there to hold your hand.”

As always with rivalries such as this one, the bad blood, the insults, and the accusations will soon be put to rest.

Ultimately, UFC 217’s co-main event will play host to a battle between two of the very best bantamweights in the world, with both being in the primes of their careers. The back story is just an added bonus.

As far as the fight goes, Garbrandt is currently undefeated and coming off of a dominant win over ex-champion Dominick Cruz last December. Dillashaw, on the other hand, has won two straight bouts since dropping a closely fought decision to Cruz in January 2016.

Both men are supremely talented, and somewhat similar fighters, but many would argue that “No Love” has the power advantage, and the champion seems to be predicting a knockout:

“You can do all the conditioning in the world with your new coach,” Garbrandt said. “You can’t condition that f*cking chin of yours.”

Who do you expect to come out on top?