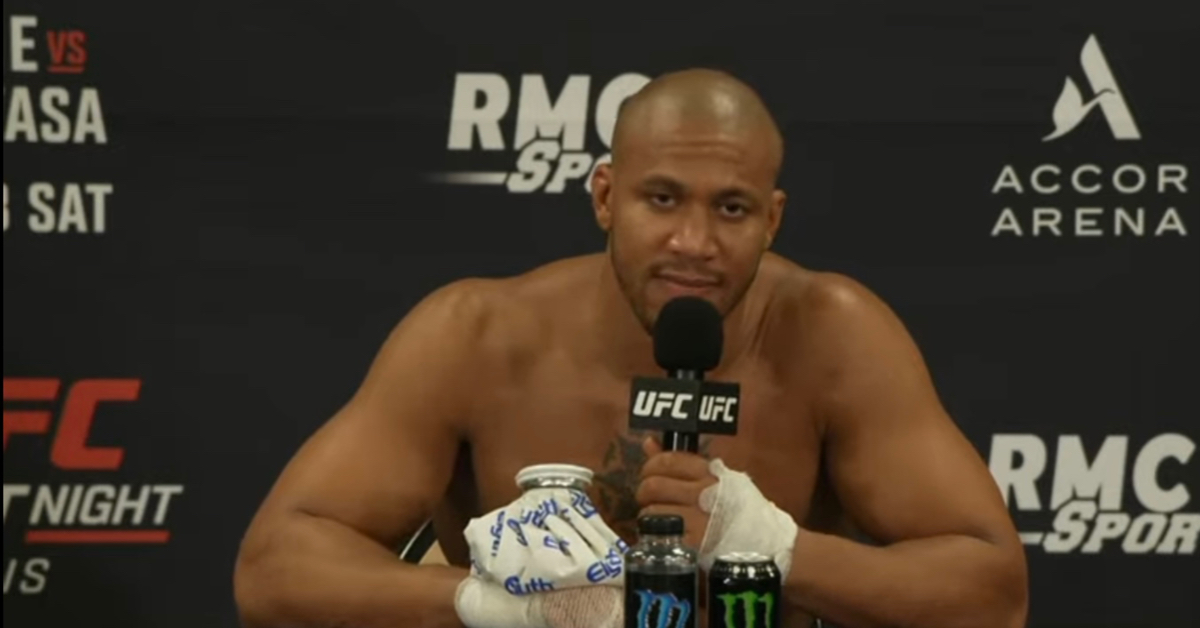 Ciryl Gane was feeling the French crowd behind him and said he could hear everything they were chanting in real time.

UFC Fight Night: France, was the first UFC event that was hosted in France since the MMA ban was lifted in the country. France resident Gane, had the weight of an entire country on his back when he faced Tai Tuivasa this Saturday. The crowd was chanting his name, and singing their national anthem. You could feel the intensity of the crowd, through the TV.

Gane put on a striking clinic against Tuivasa, repeatedly hitting him with body strikes. Gane opened up on Tuivasa with combination after combination. Gane was knocked early in the second round, but he was able to come back and finish Tuivasa in the third round. He severely slowed him down with the body strikes, which opened up the ability to go high on kicks as well. Gane landed a devastating high kick, that only wobbled Tuivasa, but ultimately led to his demise.

Gane was feeling the intensity of the crowd and it helped him as he was fighting. He also saw the first event in France an “absolute success’, stating that he was honored to headline the first fight there.

Gane also touched on how, the whole world saw that there is a fanbase now in France, after his fight with Tuivasa. It was a very exciting first event for the country, and the main event put on a show as well. Both fighters took big strikes that may have knocked out a lesser fighter.

Did you enjoy the first event in France?