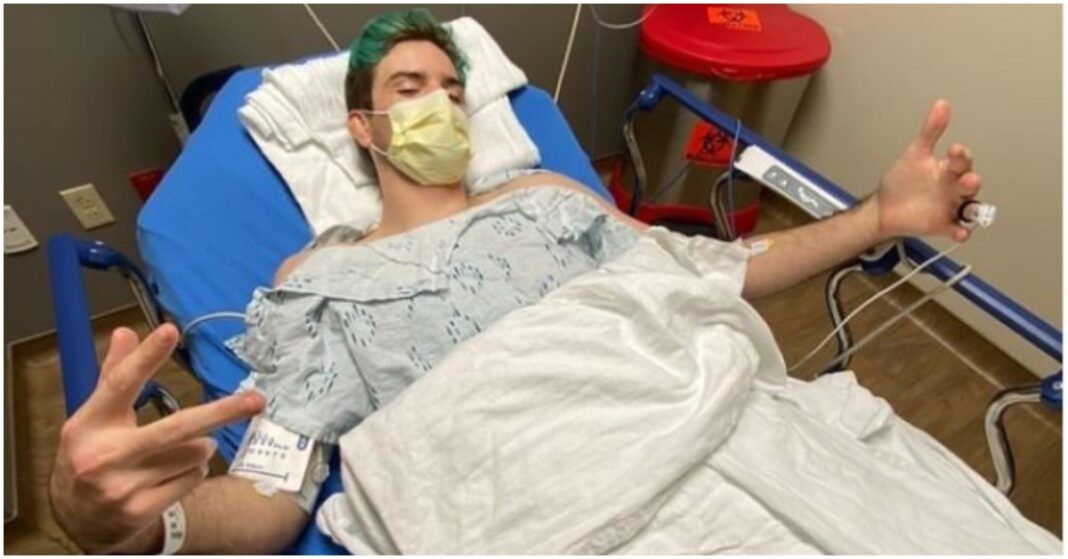 Lohsen took to Instagram to share this with his fans and provide an update following his successful surgery. This is what he had to say:

“So last night was rough… in a training accident I got my left testicle ruptured by a knee which led to it getting surgically removed… thank you to everyone last night that helped me get to the hospital. I’m fine home resting, surgery went well. Doc said I won’t lose testosterone or ability to have kids from this. If I lose the other one however it’s a different story so from now on if you hit me in my last testicle we aren’t friends… lol”

Despite what must have been an awful experience Lohsen remained in good spirits about the whole ordeal, going onto say:

“If I lose the other one however it’s a different story so from now on if you hit me in my last testicle, we aren’t friends…lol.”

The US-born fighter did not say when he would be back in training, however, given a healthy recovery you can expect to see Hollywood want to get back in there very soon. His last outing saw him pick up a unanimous decision win over Jonas Flok in his first bout in the PFL 2021 Playoffs back in August.

Lohsen started his professional MMA career back in 2017, competing within the Real Fighting Championship. After picking up a series of wins in more regional promotions Lohsen gained an opportunity to compete on the Contender Series back in 2019. Unfortunately for him it wasn’t too be his night, as he lost to JJ Okanovich via unanimous decision. He would then go on to pick up a victory over Dennis Hughes fighting at iKon Fighting Federation 1 before making the switch over to the PFL.

Hopefully, Lohsen can recover swiftly and make his return to the octagon.

When he does who would you like to see him fight next?