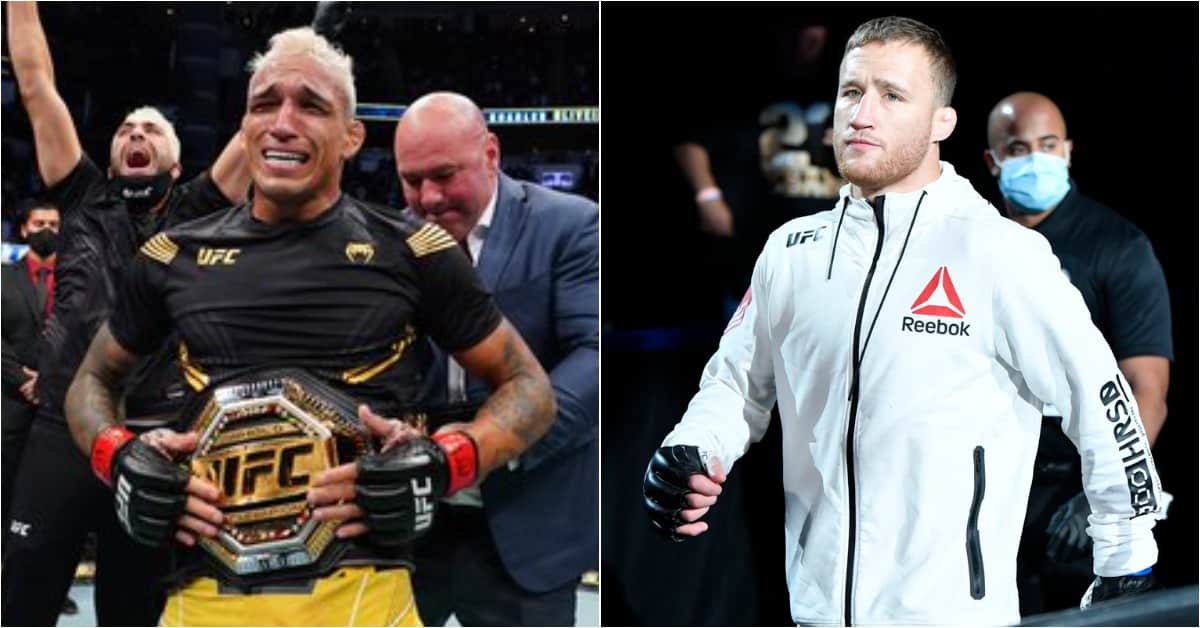 Charles Oliveira is set to defend his lightweight title against Justin Gaethje at UFC 274 on May 7 according to a report from Brett Okamoto of ESPN.

“OLIVEIRA VS. GAETHJE IS ON, per UFC president Dana White,” Okamoto wrote on social media. “Championship fight will take place May 7, location TBD. What a fight. And Still? And New?”

Oliveira’s fine run of eight straight wins has seen him win and defend the 155lb strap. ‘Do Bronx’ beat knocked out Michael Chandler to become the lightweight champion at UFC 263. The Brazilian submission specialist subsequently tapped out Dustin Poirier inside three rounds at UFC 269 in what was his first title fence.

Gaethje has been determined to get another crack at UFC gold ever since he failed in his bid to unify the lightweight division against Khabib Nurmagomedov at UFC 254. ‘The Highlight’ has since bounced back from that defeat with a three-round decision win over Chandler in a fight many believed to be the best MMA had to offer in 2021

UFC 274 does not have an official location but is expected to take place in Brazil. Oliveira’s compatriot, Glover Teixeira will put his light-heavyweight title on the line against Jiri Prochazka in the UFC 274 co-main event.

Who do you think will win at UFC 274? Charles Oliveira or Justin Gaethje?