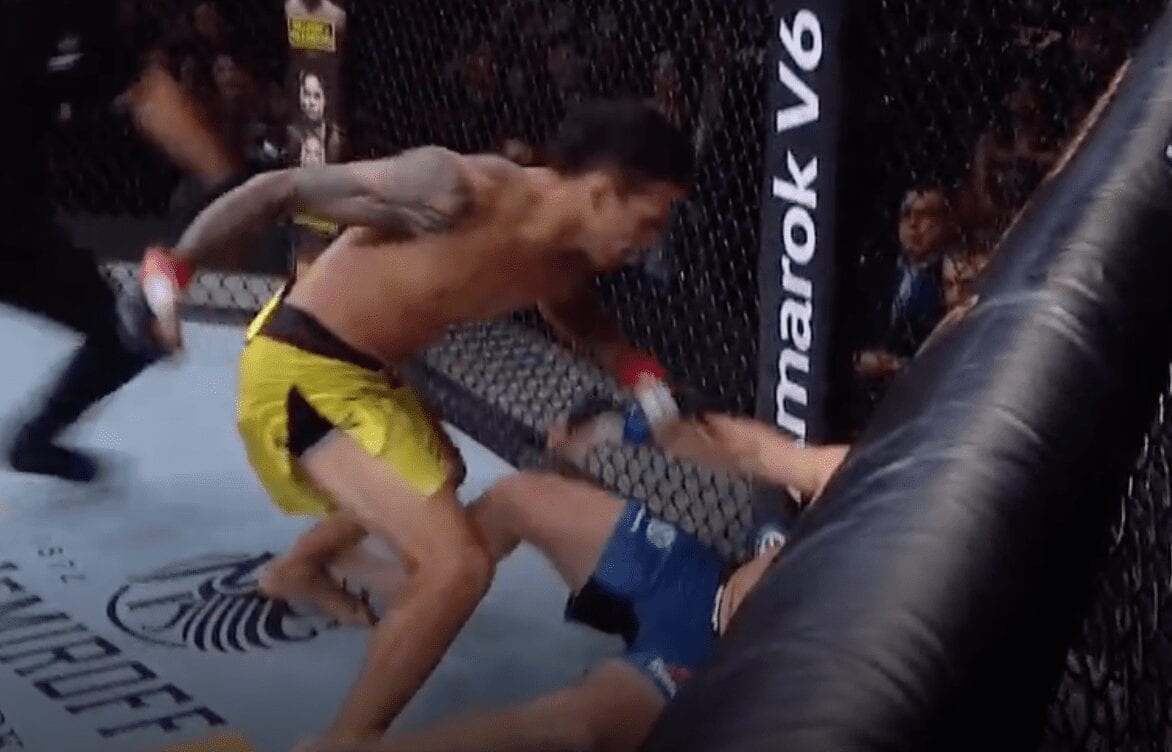 Charles Oliveira made yet another statement to the lightweight division.

Taking on Jared Gordon in a lightweight bout on the main card of UFC Sao Paulo on Saturday, “Do Bronx” made quick work of his foe.

Landing a counter-strike that wobbled Gordon, Oliveira then dropped him with another strike before the referee saw enough and called an end to the bout in the first round.

It marked the second knockout win of the year for Oliveira who has now won his last six fights in a row.

It doesn't need to hit the ground!

What did you think of Oliveira’s performance? Who should he face next?